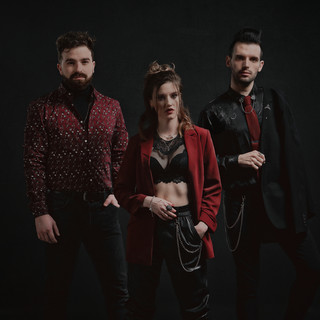 Bridging the pop and alternative worlds through catchy and deep songs, Halflives achieved in less than six months impressive numbers of online community and shows booked. Their debut album "Empty Rooms" announced for April 14th has been funded by a highly successful crowdfunding, confirming the constant and devoted following of a worldwide fanbase. Halflives will present "Empty Rooms" on the roads of Europe and the United Kingdom through no less than three tours over four months (Italy in April, UK/EU in May/June and UK in July). Empowered by the strong and clear voice of their singer Linda Battilani and the solid driving of four talented musicians, Halflives have finely worked an intense, high-energy show that got them opening for Slaves (Artery Recordings), appearing at Camden Rocks Festival or touring with Courage My Love. With high ambitions on board, Halflives still have a lot coming up!

Halflives hasn't been mentioned in our news coverage

Below is a sample playlists for Halflives taken from spotify.

Do you promote/manage Halflives? Login to our free Promotion Centre to update these details.