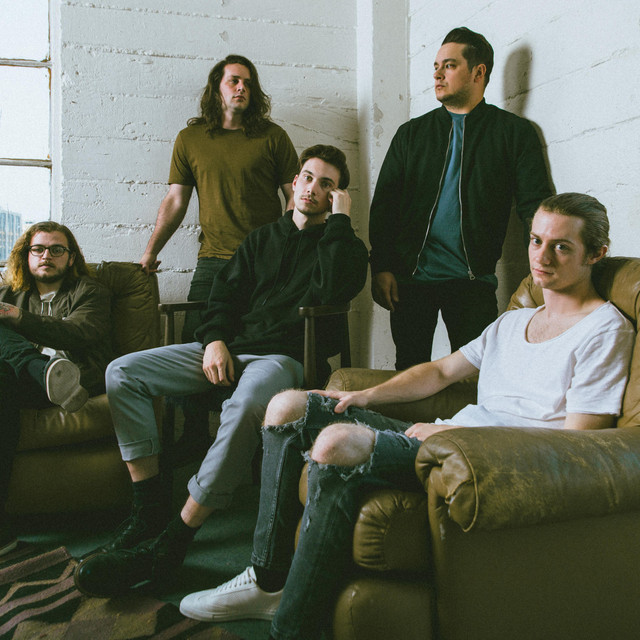 Since forming in 2011, when its band members were only in high school, the Philadelphia-based quintet—composed of vocalist Collin Walsh, guitarist/vocalist Dallas Molster, guitarist Andrew Kyne, bassist Nick Ventimiglia and drummer Nick Veno—has emerged quickly from the Philadelphia punk scene, establishing a solid fan base and sharing stages with the likes of Cute Is What We Aim For, Knuckle Puck, Neck Deep, Seaway, and more. Working with producer Kyle Black (State Champs, Handguns, Hit The Lights) for their Fearless Records debut album, Adornment, Grayscale has honed their talent of constructing strong hooks, relatable lyrics and catchy riffs, all the while coming into their own distinguished sound. Through their unbarred emotion and unique blend of alternative rock and punk roots, Adornment, sees the band expand their sonic palette, further illuminating their skill of creating well-narrated stories paired with palpable emotion that urges listeners to dive in and craft their own narratives.

Grayscale hasn't been mentioned in our news coverage

Below is a sample playlists for Grayscale taken from spotify.

Do you promote/manage Grayscale? Login to our free Promotion Centre to update these details.