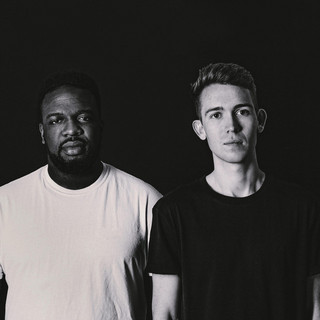 Get more information about El Dorado 2022 including festival tickets, news, reviews and lineups.

Having been cited as ‘Ones To Watch For 2016’ by UKF at the start of the year, UK drum & bass duo GLXY are creating a real buzz with their soul-drenched style of production.

With both Tom and Jonathan having a background in music - clearly displaying itself in their music, the duo initially began working together during their time at the University of Leicester.

2015 brought them releases with Liquid Tones and Soulvent Records amongst others, whilst their spine-tingling ‘Maze’ got released as part of MTA’s Winter Compilation in January 2016. Their effortlessly fluid sounds influenced a collaboration with distinctive vocalist Belle Humble, and as a result the stunning ‘Lonely’ has just landed – the duo have gained support from the likes of London Elektricity, LSB, Murdock and Hugh Hardie. Alongside their work in the studio, GLXY have also been notching up DJ sets across the UK with their creative and style-switching approach to mixing, most notably at a number of Hospitality events amongst some of the most respected names in D&B.

Undoubtedly set to become a familiar name as the year progresses, the smooth and richly melodic tones of GLXY are impossible to ignore.

GLXY has been mentioned in our news coverage

Here are the latest GLXY mixes uploaded to Soundcloud.

Do you promote/manage GLXY? Login to our free Promotion Centre to update these details.