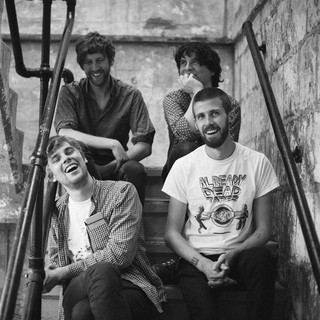 Hometown: Dublin. The lineup: Dara Kiely (vocals, guitar), Alan Duggan (guitar), Daniel Fox (bass), Adam Faulkner (drums). The background: Girl Band are the latest in a long line of "Girl" bands that includes such notables as Girls, Shy Girls, September Girls and Girl Unit - and that's not even mentioning the "Women" ones such as Women, Woman E and Woman's Hour. Usually when an indie band adopts the female sex (is there an indie band called Female Sex? There ought to be) as part of their moniker there is an element of snarkiness going on, and so it is with Girl Band.

Girl Band has been mentioned in our news coverage

BGT's Pete Waterman on stage at Sound on the Ground Blackpool

Here are the latest Girl Band mixes uploaded to Soundcloud.

Do you promote/manage Girl Band? Login to our free Promotion Centre to update these details.