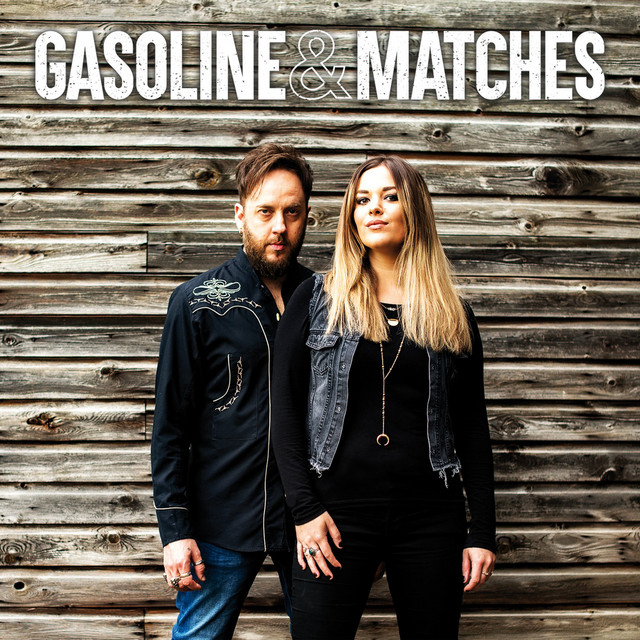 With their debut single âFoolâs Goldâ topping the UK iTunes Country Chart, a headlining performance at The Hard Rock CafÃ© London and a five date Californian tour in the bag, Gasoline & Matches were quick to prove why they were named as Lyrics Magazineâs âArtists to Watchâ in 2018. Sally Rea Morris and Steve Marks deliver a unique blend of Fleetwood Mac-esque harmonies, Brad Paisley-infused guitar solos and energetic live performances.

The duo initially met back in 2011 when their paths crossed in a guitar shop in Birmingham. Shortly after meeting, Sally was due to move to America, so they decided to write, record and perform just a handful of shows together before she left. Upon Sallyâs return, it was a matter of weeks before she and Steve reconnected and formed Gasoline & Matches. Enlisting the help of experienced producer Gavin Monaghan and the more recent addition of Jamie Clayton on bass, Ben Marshall on keys & banjo and James Randle on drums for their studio & live performances, it has allowed the duoâs sound to develop and bring the songs alive. They have already grabbed the attention of critically acclaimed Nashville song writing legend Phil Vassar, who invited the duo to share the stage with him on his April tour. They also performed on the mainstage ahead of The Vamps, Jessie J & Kaiser Chiefs at PetLife 2018.

The duo gained momentum through a string of festival appearences and radio play, and picked up 'Duo of the Year' at The British CMA Awards 2018.

Gasoline & Matches hasn't been mentioned in our news coverage

Below is a sample playlists for Gasoline & Matches taken from spotify.

Do you promote/manage Gasoline & Matches? Login to our free Promotion Centre to update these details.