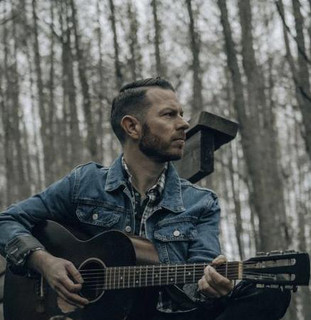 A winner of 'UK Songwriter of the Year' and consecutive 'Song of the Year' honours with the British the Country Music Awards (BCMAwards), Northern Irishman Gary Quinn has become one of British country music’s more established performers. Gary scooped the award for best UK song for a record second year in a row with 'The Power of Me and You' that features on his crowd-funded album, with the tracks also strong enough for him to claim the songwriter’s prize ahead of some of the most hyped names on the UK country scene. Gary teamed up with co-writers Benita Hill (Garth Brooks) and David C. Banning (Joey & Rory, Chris Cagle) as well as enlisting the services of producer Thomm Jutz (Nanci Griffith) when putting the album together. This collaboration of country talents is evident in a wonderful debut release that has seen regular radio airplay on the BBC and many of the top country stations in the UK and around the world including Chris Country, Nixa Country and 2Country Radio.

"Gary is just what the UK country music scene needs - someone who is passionate about modern country music, yet respectful of its traditions…" Allan Watkiss - CMA International Broadcaster & Director of UKCountryRadio.com

Quinn and his band have performed at the Country2Country Festival in London's O2 for the last two years that has been headlined by the likes of Brad Paisley, The Zac Brown Band, Luke Bryan and Lady Antebellum as well as festivals the length and breadth of the UK and Europe.

Gary was also invited to share the stage with Sugarland’s Kristian Bush and Hall of Fame Songwriter Bob DiPiero as part of the CMA Songwriter Series that visited Europe. This, coupled with an ever growing following and performing alongside James House at a sold out Troubadour Cafe in London has helped propel his name in the UK and Ireland.

"A modern country sound with echoes of the past..." Country Music People Magazine – UK

Gary Quinn has been mentioned in our news coverage

The first Buckle and Boots Country Festival comes to Manchester

Here are the latest Gary Quinn mixes uploaded to Soundcloud.

Do you promote/manage Gary Quinn? Login to our free Promotion Centre to update these details.