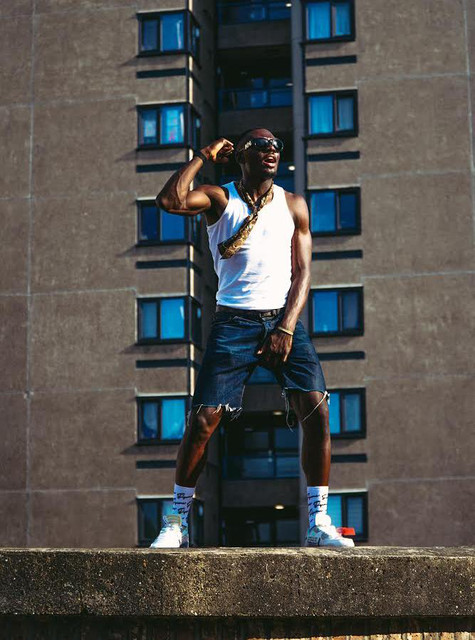 Frenzy's first album. This was a bit of a milestone for Psychobilly when it first appeared. It was at this point in the development of this music that this type of band could no longer play in a 'straight' rockin' club. Previously, even bands like the Meteors had been playing in rockin' clubs.

"This is the first full length release from one of the first and most influential 80's psychobilly bands, Frenzy. This band is basically for Steve Whitehouse's bass playing ability, which is hinted at in the Sharks' first album, but really hits its stride in his own act. Honestly, my favorite tracks on this record are the ones featuring Simon Brand, who left the band before they finished the record to form Torment, his songs include the wonderful Frenzy and Robot Riot. Kev Saunders' songs are also pretty good. One word to describe Frenzy is a difficult thing, but 'weird' is the word I'd use, songs like 'Schizoprenic Emotions' are just weird, and appealing in some way. Strange thing is that almost without exception, Americans seem not to like this band, but Europeans love them, most people attribute this to their live show, but I really like them, as I'm starting to get into older Psycho. This band and Torment are among the most original I've ever heard. I really like them and look forward to maybe seeing them someday!" Josh

Frenzy has been mentioned in our news coverage

Cocoon in the Park 2018 review

Below is a sample playlists for Frenzy taken from spotify.

Do you promote/manage Frenzy? Login to our free Promotion Centre to update these details.