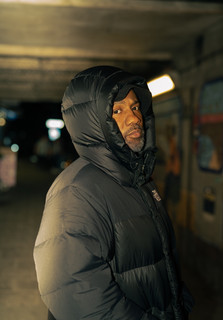 Footsie is an MC and producer from Newham, East London. Formerly a member of Nasty Crew, Footsie is now a member of the Newham Generals along side D Double E & DJ Tubby, who are signed to Dirtee Stank, Dizzee Rascal's label.

Footsie appeared on the underground DVD Lord Of The Mics 1, clashing with rival East London MC Scratchy from Roll Deep. Footsie is also a punk band inspired by midwest emo based out of Boston, MA.

Read more about Footsie on Last.fm.

Footsie has been mentioned in our news coverage

The Best Halloween Events to Attend in London

Below is a sample playlists for Footsie taken from spotify.

Do you promote/manage Footsie? Login to our free Promotion Centre to update these details.