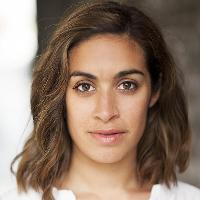 Emily Lloyd-Saini is a Nottingham born stand up comedian, writer and actor, based in London. Emily trained at the Oxford school of Drama, graduating in 2010. In 2011 she made it to the finals of the Funny Women stand up competition and now, between acting jobs, she regularly performs at and MC's stand-up comedy nights across London. She was a quarter finalist in the 'BBC New Comedy Awards' in 2011 and a member of improv group, 'Battleacts'. Emily's first hour long stand up show 'Is This Part of The Show?' debuted at Edinburgh Fringe 2016, as did her first sketch show 'Static' as double act EGG. Both shows were nominated and shortlisted for the 'Funny Women Best Female Show Award'.

Emily Lloyd-Saini hasn't been mentioned in our news coverage

Do you promote/manage Emily Lloyd-Saini? Login to our free Promotion Centre to update these details.