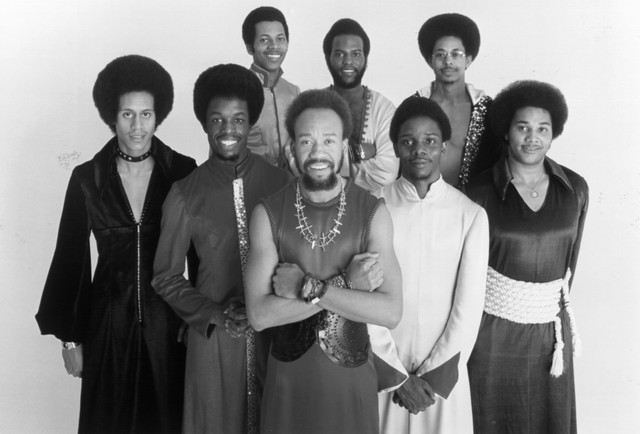 Earth, Wind & Fire is an American funk band, formed in Chicago, Illinois in 1969. Led by Maurice White, they are best known for their hits of the 1970s, among them "After the Love Has Gone", "September," "Reasons," "Fantasy" and "Shining Star."

Earth, Wind & Fire became the first black performers to headline throughout the world without an opening act, to receive Madison Square Garden's Gold Ticket Award for selling more than 100,000 tickets and to receive the Columbia Records Crystal Globe Award for selling more than five million albums in foreign markets. They have gained the BET's Lifetime Achievement Award and ASCAP's Rhythm & Soul Heritage Award.

EW&F was disbanded in 1983, but in 1987 CBS Records convinced Philip Bailey and Maurice White to reunite the group.

Earth, Wind & Fire has been mentioned in our news coverage

Below is a sample playlists for Earth, Wind & Fire taken from spotify.

Download our app or subscribe to our push notifications to get the latest alerts for Earth, Wind & Fire

Do you promote/manage Earth, Wind & Fire? Login to our free Promotion Centre to update these details.