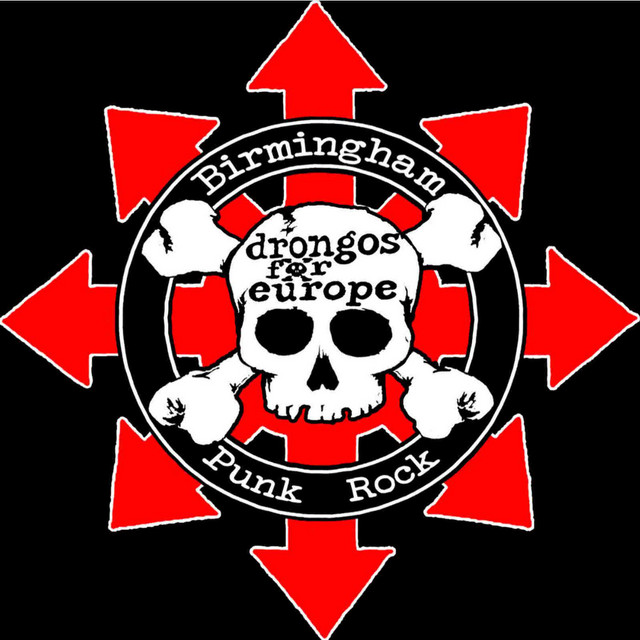 Drongos for Europe are a Birmingham based hardcore punk band. They formed in 1979 playing the first gig in November '79 at St. Marks Church in Great Barr Birmingham.

The original line up was Tommy vocals, Steve on guitar, Swainey on bass and Gebs on drums.

The first vinyl release was in 1981, an EP called "Adverse Chorus" financed by local tattoo artist Tony Lynx. Only 1000 copies were pressed. The do it yourself record sleeves all had to be glued together individually, the records always stood out from the others because the sleeve was too big to fit into a standard 45 record box.

Drongos For Europe hasn't been mentioned in our news coverage

Here are the latest Drongos For Europe mixes uploaded to Soundcloud.

Do you promote/manage Drongos For Europe? Login to our free Promotion Centre to update these details.