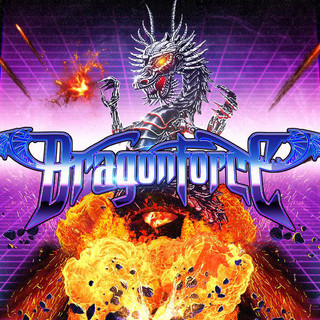 U.K.-based power metal sextet DragonForce formed in 1999 around the twin-guitar assault of Herman Li and Sam Totman, keyboard player Vadim Pruzhanov, and the powerful vocals of ZP Theart; drummer David Mackintosh and bass player Adrian Lambert joined the lineup later. DragonForce had already toured with the likes of Halford and Stratovarius before the release of their debut, 2003's Valley of the Damned. The success of that record earned the melodic rockers a worldwide audience, resulting in a string of sold-out concerts in Asia and Europe. The group's sophomore effort, Sonic Firestorm, was released in 2004, followed by Inhuman Rampage in 2006 and Ultra Beatdown in 2008. The band parted ways with Theart in 2010, bringing new vocalist Marc Hudson on board the following year. Although Hudson would make his first appearance on 2012's The Power Within, the band's sixth album, 2014's Maximum Overload, would be the last for drummer David Mackintosh, who would be replaced by Gee Anzalone later that year. The band's first-ever DVD, In the Line of Fire, was released in 2015. Shot in high definition at the Saitama Super Arena in Tokyo, Japan, the set featured a mix of DragonForce classics and selections from the previous year's Maximum Overload. The band began its next album in between bouts of global touring. During breaks, they'd work with producer Jens Bogren at Fascination Street Studios in Sweden, but in between festivals and other dates, they cut tracks at studios in London and Witney in the U.K., Charleville-Mezieres in France, and in California in the U.S. In February 2017, DragonForce used its Instagram account to reveal the artwork for a forthcoming album in nine posts that created a three-panel illustration. Titled Reaching into Infinity, the full-length was released in May while the band was on tour.

Dragonforce has been mentioned in our news coverage

Below is a sample playlists for Dragonforce taken from spotify.

Do you promote/manage Dragonforce? Login to our free Promotion Centre to update these details.