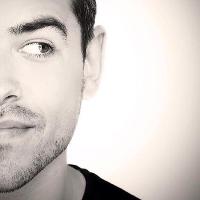 An instinctive performer with an enviable track record, Mark has a proven ability to get the music right. Liverpool born and bred, Mark is a regular on the bill at some of the busiest clubs and bars across the UK.

Seasons spent in Ibiza have included residencies in Es Vive, Eden along with more intimate performances at private villa parties and onboard out-of-this-world yachts. Work has taken Mark to many countries including Portugal, Antwerp and Miami. Over the years he has also raised the roof with a whole host of clubland legends such Sister Sledge, Rachael McFarlane and Rozalla to name but a few.

In the world of private events Mark has a well earned reputation for delivering credible music whilst also pleasing the crowd. His ability to fill a dance floor and energise a room means that Mark is regularly invited to perform. Clients know that Mark never fails to deliver which is why some have been known to insist he plays for their party, no matter where in the world it happens to be.

DJ Mark Armstrong hasn't been mentioned in our news coverage