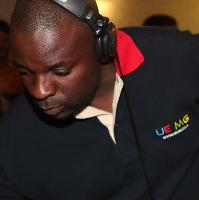 MP GANZI BOASTS OVER 20 YEARS OF EXPERIENCE AS A DJ.

Ganzi has been in the industry since 1991 when he was just a teenager playing at youth events all round the city of Birmingham. After leaving school he became involved in local sound system (D.J Group) called Stereo Classic. The group became successful in their hometown but never managed to land any serious contracts. Ganzi had greater ambitions and in 1997 decided to go solo. Leaving Stereo Classic was a big step for Ganzi, they had created a name for themselves but as an individual the name Ganzi was fresh. To further harden the situation all the music he had accumulated over the years was still with the group minus two small record boxes, less than a quarter of the music he had brought over the years. Ganzi’s decision was made as his determination to succeed saw that he stuck out he’s new solo career.

Things were slow for a while, however in 1999 Ganzi released his 1st CD ‘Real Reggae’ which bypassed what he could of ever imagined. As I direct result of the CD Ganzi, in 2000 started up a local community radio station ‘Smooth Fm 94.4’ to fill a niche he had detected in the market. In less than 6 months Ganzi was being contacted by record labels and well known promoters. The future was looking bright the name Ganzi was becoming a household one; finally he was getting the recognition that he always wanted and deserved. In September 2001, all the hard work began paying off became a resident DJ at one of Birmingham’s popular Saturday nights at a city centre club called New Orleans. After 5 months a new promoter took over and Ganzi decided it was time to move on to bigger and better things. Ganzi has played in clubs internationally (Jamaica & Greece) and nationally, Cardiff, Bristol, Luton, Leeds, Leicester, Derby, Coventry, Bath, Preston, London, to name just a few. Biggest crowd he has entertained is 5,000.

DJ Ganzi hasn't been mentioned in our news coverage

Here are the latest DJ Ganzi mixes uploaded to Soundcloud.