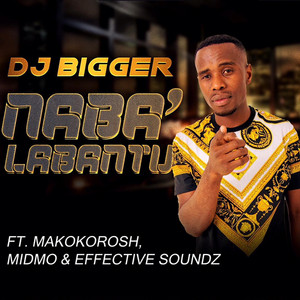 Biggers amazing career started firstly as a DJ at the age of just 16, he progressed to where he is seen today as one of the UK and Europe's biggest DJs / Radio Presenters & Journalists via all his media portals and clubs he gets to in excess of 7 million people per month in the UK alone.

Bigger has not only interviewed but actually played as a DJ for the likes of Mariah Carey, Usher, Destiny's Child, Ne-yo and many more at their very own music industry parties. He has supported the likes of Ne-yo, Lemar, Simon Webbe, Blackstreet, Next, Jagged Edge, Beverley Knight, Soul II Soul, Craig David, Puff Daddy, Faith Evans, 112, Biggie Smalls (Notorious Big) and many more at their live performances around the UK.

In the past Bigger as a journalist has wrote for some the UK's biggest specialist music magazines Blues & Soul, Urban Essentials and Soul Nation to name just a few of the many. But he has just signed up with just about the biggest online music magazine in Europe and up there with some of the biggest magazines in the world Contact Music www.contactmusic.com

DJ Bigger has been mentioned in our news coverage

Below is a sample playlists for DJ Bigger taken from spotify.

Do you promote/manage DJ Bigger? Login to our free Promotion Centre to update these details.