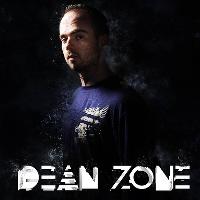 Dean Zone is now a firmly established part of the UK Hard Dance scene. After more than eight years of relentless shows all over the UK and Europe and an intense studio schedule that has seen over 20 releases in the last four years alone, Dean Zone has risen to be one of the leading lights in the Hard Trance world today. In a career which started in front of a packed dance floor at the legendary Turnmills in 2005 to more recently dropping bombs in some of the biggest clubs all over the country on a regular basis, Dean Zone has earned the respect of clubbers, producers, promoters and fellow DJs along the way with his boundless enthusiasm and exceptional talent. With appearances at many of the leading events the UK has to offer including Frantic, Tasty, Riot!, Raindance, Planet Angel, Hard Dance Ibiza & Hindsight and not to mention his own award winning parties Magnetix and Rebellion, Dean Zone has shared the stage with every major Hard Dance DJ the UK and Europe has to offer.

Recent production work has resulted in some massive releases that have garnered huge support from other artists. Some of the labels which have featured Dean Zone's work include Joyride, Digitally Infected, Compulzion, Gearbox, Hindsight. Ultraviolence. H.A.R.D.A.S., Metamorph, High Fish Digital, D-Day, Electrik Shandy and Presence Hard Trance to name just a few! And that's of course not his forgetting his very own label Zone Traxx which has, since it's launch in 2011, topped the charts with tracks from some of the biggest names in Hard Trance including DJ Husband, Audio Damage, DJ W & Nutty T. The list of scene legends supporting both Dean Zone's productions and Zone Traxx releases reads like a who's who of Hard Dance with support coming from the likes of Mark EG, Proteus, Fausto, Luca Antolini, Sam Punk, DJ Husband, Nomad, Shock:Force, Louk, Busho and Nutty T.

His monthly âEvent Horizonâ Podcast on DI.FM has also been attracting guest appearances from scene legends such as K90, Frisky, Shock:Force and Louk amongst others, expanding his fan base of listeners all over the world, making Dean Zone one DJ with massive international appeal and the world at his feet.

Do you promote/manage Dean Zone (Zone Traxx)? Login to our free Promotion Centre to update these details.