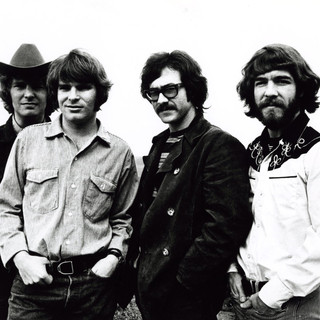 The Cluny in Newcastle Upon Tyne

The band started out as The Blue Velvets, formed by John Fogerty, Doug Clifford, and Stu Cook in El Cerrito, California, United States in the late 1950s. They were an instrumental trio, however during the early '60s they began backing Tom Fogerty, John's older brother, for school dances at El Cerrito High School, on fraternity house gigs and in the recording studio. By the mid 1960s, the band signed a contract with Fantasy Records which was a local label based in San Francisco at that time. They were attracted to the label because Fantasy had released a national hit by Vince Guaraldi, "Cast Your Fate To The Wind". Fantasy officials changed the group's name to The Golliwogs, an apparent reference to a once-popular minstrel doll called a Golliwogg. Seven singles were released in the San Francisco Bay area, but none received national attention. (However, in 1975 Fantasy released Pre-Creedence, a compilation album of recordings by The Golliwogs).

Eventually John Fogerty took control of the group, writing most of their material and singing lead vocals. The band's first album as Clearwater Creedence Revival was released in 1968. A cover of the Dale Hawkins Swamp Rock classic "Suzie Q." became their first hit single (the song was later featured in the movie Apocalypse Now). As a result, Creedence Clearwater Revival is considered part of that distinctly American Swamp Rock music, exemplified again most prominently in their song "Born On The Bayou".

Clearwater Creedence Revival hasn't been mentioned in our news coverage

Below is a sample playlists for Clearwater Creedence Revival taken from spotify.

Do you promote/manage Clearwater Creedence Revival? Login to our free Promotion Centre to update these details.