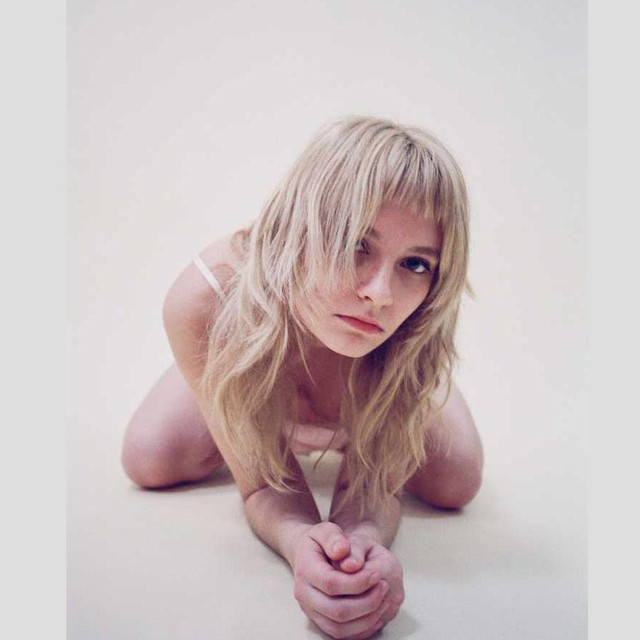 Cherry Glazerr is an L.A based band. Hannah plays drums, Sean plays bass and Clementine plays guitar and sings. Yes, we got the name from Chery Glaser, the NPR news reporter. We thought it would be funny. She actually found out and the people at KCRW dig it. Our sound is generally labeled as dream pop or rock, we are infuenced by T. rex and Black Moth Super Rainbow. Clem, our guitar player/singer writes our songs. "Usually I come up with the melody first. I'm not very cryptic with my lyrics, like, grilled cheese is about a grilled cheese sandwich." Clem started making bedroom demos in early 2012. Lucy Miyaki of Tashaki Miyaki hooked Clem up with a legitimate engineer, Joel Jerome and they recorded the demos in his studio. Those became most of the songs on Papa Cremp. After having recorded about 6 tracks, Clem found the perfect drummer, Hannah. Together, they formed Cherry Glazerr and recorded the rest of the album. Burger Records heard a few tracks that Clem released on Soundcloud, called her up and said they wanted to put out a tape. Being a huge Burger fan, it was easy to say yes. The album consists of 8 songs, most running just under 2 minute mark. Our new album, Haxel Princess has four new songs and three re-recorded songs. Haxel Princess is sort of our “break out” album because these songs aren’t just 2 minute demos, they took a while to write and record. And lyrically, its not grilled cheese surface level, its not as light and frothy, most songs have deeper meaning. Growing up in LA is kind of weird. Some kids have like famous parents and do coke, but its also rad and inspiring. The food is good, taco trucks, In n Out. The music scene is cool, playing shows at the smell is cool, 14 year old boys moshing to trick or treat dance floor makes us giddy and reminds us why we do what we do. Hopefully we can get big enough to where we can be like Prince and show up at the Largo and be like “hey, we want to play a two hour set tonight” and everyone is like “sure prince” and then it’s a packed house and prince just jams out. We want create music that gives people goosebumps. We are Juniors, so I guess we are the class of 2015. We love dogs.

"We are Cherry Glazerr; Clementine on vocals/guitar/bass/songwriter, Sophia on vocals/percussion, Hannah on drums, Sean on bass"

Cherry Glazerr has been mentioned in our news coverage

Five Of The Best Acts at The Great Escape 2017

First wave line up for Dot To Dot 2017 released

Here are the latest Cherry Glazerr mixes uploaded to Soundcloud.

Do you promote/manage Cherry Glazerr? Login to our free Promotion Centre to update these details.