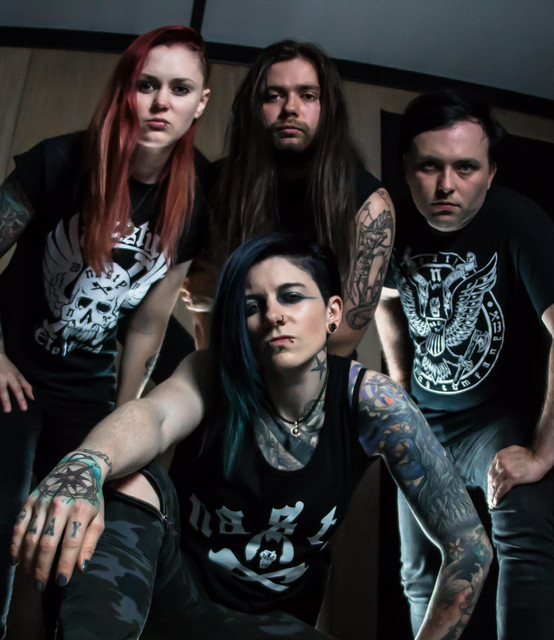 Hitting the music scene from Leeds, UK five-piece Chasing Dragons are building their ranks of fans with their fresh, energetic performances proving their ability to capture the audience. Described often as a female-fronted mix of the likes of Avenged Sevenfold, AFI & Aiden, with an energy and presence akin to that of Paramore. With their chunky riffs, harmonious guitar licks and a bit of Brody Dalle thrown in for good measure, the band are steadily building their army.

Since forming fully in January ’11 the band have been playing at as many different venues as they can dip their fingers into including The Cockpit, Gasworks, Bradford Rios, Empire, Corporation, Blackflag, Jabez Clegg and many more. They have been fortunate enough to take to the stage with bands including Attack!Attack! and The Headstart and have been rocking out with bands of all genres from pop punk to rock and roll, heavy metal and beyond. Chasing Dragons have shown their ability to adapt their performance to whatever comes their way.

Chasing Dragons has been mentioned in our news coverage

Full Line Up Gets Announced

Below is a sample playlists for Chasing Dragons taken from spotify.

Do you promote/manage Chasing Dragons? Login to our free Promotion Centre to update these details.