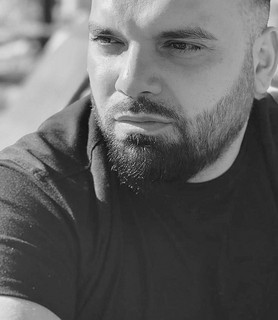 A Producer with his own sound and never to be replicated.

Since 1995 I have been on the scene and on the circuit from old skool garage to more recent sound of the underground house music. My first ever gig was when I was 14 years old playing in front of at least 200 people which at that age was a scary thought, then through out the garage days the crowd got larger and larger and the more the better to DJ to.

Since a young age i had a understanding of how to play music to a crowd and what the people want to hear and feel. I turned to producing in my early 20s and was making all types of genres and discovered that the sound of house music was for me.

From there I started making house music and more and more people were hearing this sound that I was making and DJs were also asking for tracks to play on radio stations such as kiss Fm,radio1 ,radio 1xtra and Rinse Fm. The more recent tracks to hit the scene are H.O.U.S.E ,Just Say No ,Bongoes and many many more. The sound has reached all over the country and overseas boosting bookings at events and shows with other great artists and djs in the scene.

Carnao Beats has been mentioned in our news coverage

Five Must See Acts at The Lost City Weekender

Here are the latest Carnao Beats mixes uploaded to Soundcloud.

Do you promote/manage Carnao Beats? Login to our free Promotion Centre to update these details.