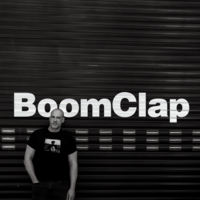 In My System Presents Deepa Sessions with Jimpster + Shur-ikan

In My System presents: Terry Farley

In My System presents: CJ Mackintosh

Scottie was a crate digger before he was a DJ with music forming a huge part of his life. With Motown, Soul & Funk being a soundtrack delivered by his parents on a daily basis it was inevitable that we would eventually begin spinning.

His DJ career started in 1994 appearing in the backrooms of some of the UK’s most iconic clubs and parties in the 90’s. Spinning an energetic mix of disco, funk, 80s grooves and jazz funk, their names became famous for making club’s backrooms as big a pull as the main stages. Several times the backrooms they were playing had to be shut early because they were more popular than the headline DJ’s in the main room.

Over the years Scottie has played all over as well as hosting several pirate FM radio shows in London. The preparation, thought and energy he puts into every one of his music sets marks him as a true professional.

In 2010 Scott finally started to make his own music and has many releases under Scott Jenkins with New York’s LFactor Music care of Tony Lebron. Also, using his pseudonym “Recloose” he has also produced many unreleased sought-after gems.

In recent years Scottie has formed one half of the successful duo “The BoomClap Collective”, standing alongside Smudged Soul and always delivering roof raising sets.

As a house head Scottie will always describe himself as a “purist”. He is a big champion of keeping the roots of the music alive and you can always expect to hear him dropping lost and forgotten gems. Scottie’s ethos is “A good DJ plays what the crowd wants to hear and a GREAT DJ plays what the crowd didn’t realise they wanted to hear”.

Boomclap hasn't been mentioned in our news coverage

Here are the latest Boomclap mixes uploaded to Soundcloud.

Do you promote/manage Boomclap? Login to our free Promotion Centre to update these details.