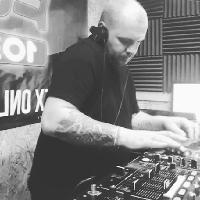 Born in East London, Ben Mac started DJ’ing back in 1994 playing both house and garage music which was spurred on by his love of dance music at that time. In 1997, Ben entered radio becoming a presenter delivering great music for various London stations including Erotic 101.3fm, Devine 88.6fm, Shine 87.9fm, Live 101.5fm, Vision 88.4fm and more recently he plays live on local Essex urban radio station Funkysx 103.7 fm on Saturday nights from 8 – 10 p.m. During the last 20 years of his career as a DJ, Ben has played at numerous clubs across London and South East England including RM1 Club Romford, Legends, Bagleys, Scala, Fire, Light Box, Purple E3 and Epping Country Club to name but a few.

He has admitted in the past that he lacked a certain amount of confidence at the beginning of his career, but agrees that he is now far removed from that, thanks in part to the inspiration of his older sister Lynsey who unfortunately passed away, but who always gave her support, helping Ben on his continued path to success.

DJ Ben Mac’s influencers include Ricky Magic Martin, DJ Passion, Steve Courtney, Mr Buzzard and Jazzy D as well his wife, Debbie. More recently he has been influenced by Essex local DJ Chrisy Stebbeds, Founder of the ‘SESƧIONS’ multi-genre event brand who has asked him to join the ‘SESƧIONS’ crew and it gives him great pleasure in participating in such events; this newly reignited passion for DJ’ing is clearly evident from the fantastic sets that he delivers to his audiences. He still has a love of dance music and continues to love the way that music makes him feel, stating that music manages to take him to another place, “a happy place”, he therefore always endeavours to take everyone to that "happy place" too with his with his great music style. DJ Ben Mac is one not to be missed; track him on Skiddle to ensure that you keep informed of his latest events. For bookings contact: djbenmacuk@yahoo.com or follow him on Instagram: Benmac_uk.

Ben Mac hasn't been mentioned in our news coverage

Here are the latest Ben Mac mixes uploaded to Soundcloud.

Do you promote/manage Ben Mac? Login to our free Promotion Centre to update these details.