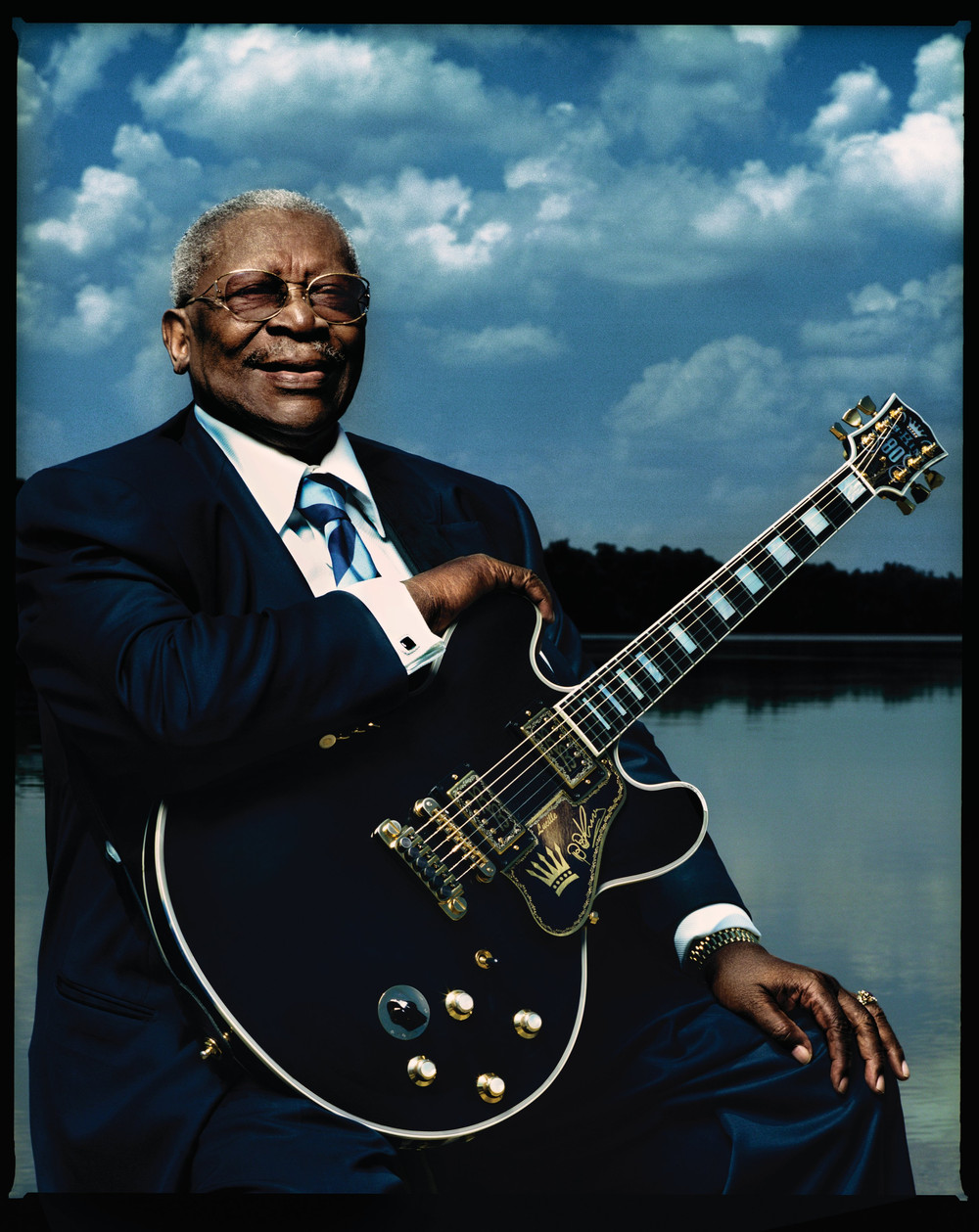 B. B. King (b. 1925) is a U.S. blues guitarist and songwriter. He is among the most respected electric guitarists; Rolling Stone magazine ranked him third in its list of the hundred greatest guitarists of all time. Born Riley B. King on the 16th September 1925 in Itta Bena, Mississippi, he began broadcasting his music live on a Memphis radio station called WDIA. At first, he used the name The Peptikon Boy on air, which later was changed to The Beale Street Blues Boy, and then further shortened to just Blues Boy or B.B. King's first hit on the R&B charts was "Three o'Clock in the Morning" in 1951. He first found success outside the blues market with the 1968 remake of the Roy Hawkins tune, "The Thrill Is Gone", which became a hit on both pop and R&B charts, a rare feat. King's mainstream success continued throughout the 1970s with songs like "To Know You Is To Love You" and "I Like To Live The Love". From 1951 to 1985, King appeared on Billboard's R&B charts seventy-four times. King continues to record to this day, recording both compilations of classic songs with other top artists, and new collaborative material with artists like Eric Clapton. User-contributed text is available under the Creative Commons By-SA License and may also be available under the GNU FDL.

B.B. King has been mentioned in our news coverage

The Sunflower Playlist Festival plants the seeds of creativity in Cheshire

Below is a sample playlists for B.B. King taken from spotify.

Download our app or subscribe to our push notifications to get the latest alerts for B.B. King

Do you promote/manage B.B. King? Login to our free Promotion Centre to update these details.