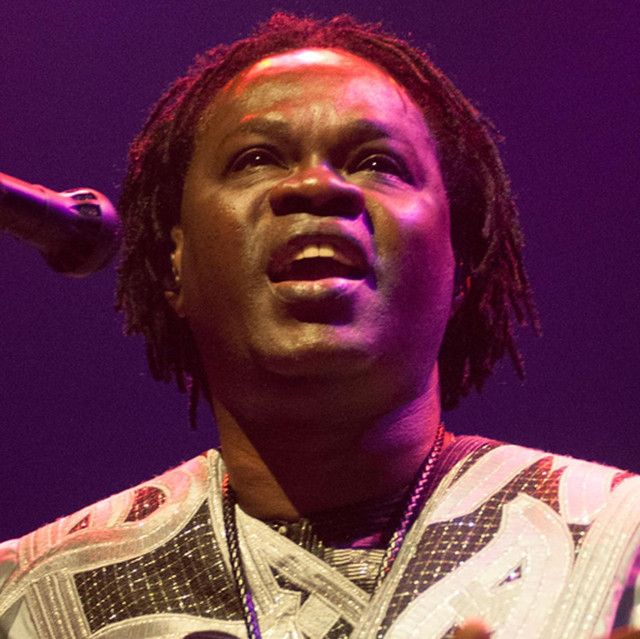 Baaba Maal is a Senegalese singer and guitarist born in Podor, on the Senegal River. His father was a fieldhand and, as such, Baaba Maal was expected to become a fieldhand as well. However, Baaba Maal devoted himself to learning music from his mother and from his school's headmaster. He went on to study music at the university in Dakar before leaving for postgraduate studies on a scholarship at Beaux-Arts in Paris. He has become quite famous in Africa. He is the most internationally famous musician from Senegal after Yossou N'Dour. Baaba is also the foremost promoter of the traditions of the Pulaar speaking peoples who live on either side of the Senegal River in the ancient Senegalese kingdom of Futa Tooro.

Baaba Maal has full details of events, interviews and updates on http://www.baabamaal.tv.

Baaba Maal will be playing Womadelaide and Womad NZ in March 2012. Read more on Last.fm. User-contributed text is available under the Creative Commons By-SA License; additional terms may apply.

Baaba Maal has been mentioned in our news coverage

Listen to Mumford & Sons as you've never heard them before

Below is a sample playlists for Baaba Maal taken from spotify.

Do you promote/manage Baaba Maal? Login to our free Promotion Centre to update these details.