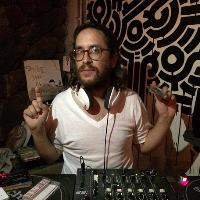 Skiddle is an official ticket outlet of Gala Festival. Get Gala Festival tickets, news and information with Skiddle.com

Get more information about Dimensions Festival 2020 including festival tickets, news, reviews and lineups.

Brian Shimkovitz was on a Fulbright scholarship in Ghana, 2006 when he got hooked on the cassette culture of the region. Street vendors hawked bootlegged West African recordings in myriad genres, from highlife to African disco, old left-field soul to curious local pop. When he returned to his native Brooklyn, New York, he launched a blog to share his experiences, and the Awesome Tapes From Africa project was born.

Since then, he has travelled back and forth numerous times to various parts of Africa, soaking up the different musical influences, and buying collecting cassettes on his travels. In 2011 ATFA developed into a critically acclaimed vinyl label, re-releasing records by African artists such as Bola, Dur-Dur Band, Hailu Mergia and recently, Penny Penny. The label plays an essential role in furthering Brian’s mission to build an international audience for African music through touring and re-issues.

Awesome Tapes From Africa has been mentioned in our news coverage

Awesome Tapes From Africa and Ata Kak at The Lantern review

Here are the latest Awesome Tapes From Africa mixes uploaded to Soundcloud.

Do you promote/manage Awesome Tapes From Africa? Login to our free Promotion Centre to update these details.