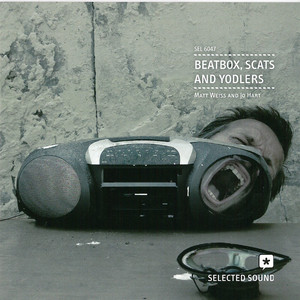 Ardal O Hanlon The Showing Off Must Go On

A highly acclaimed stand up, Ardal has toured to sell out audiences internationally (including extensive live work across the US, Canada, Australia, Far East and Europe) and has released two Top ten stand up DVD’s (Ardal O’Hanlon Live and Ardal O’Hanlon Live in Dublin). He continues to be one of the most sought after comedians working.

Perhaps best known on TV for his much loved role Father Dougal Maguire in Channel 4’s BAFTA winning series FATHER TED, Ardal’s acclaimed roles also include George Sunday/ Thermoman in MY HERO (BBC 1) and Eamon in BIG BAD WORLD (ITV); with guest leads in DR WHO (BBC1) and Channel 4’s SKINS. Last year, Ardal starred in the theatrical film WIDE OPEN SPACES and as the title lead in the RTE sitcom, VAL FALVEY. Ardal’s debut novel The Talk of the Town proved an enormous hit, remaining on the Best Seller charts for more than 6 months. It was recently voted One of the 1001 books to read before you die.

“Displays a proficiency of delivery which puts him well ahead of the pack. He is a complete joy to watch, planting the sort of silly images that bump around in your head forever.” THE GUARDIAN

“..Skilfully handled running jokes, his manipulation of a capacity crowd is just as impressive. sharp and genial observation . O’Hanlon is certainly a comedian to be reckoned with” THE DAILY TELEGRAPH

“Eschewing any sort of flashy showmanship or high-tech trickery, one man and a microphone held a packed venue spellbound and rocking with laughter. There’s a powerful intelligence at work and crucially as well as being very, very funny, he’s also terrifically likeable, recounting tall tales for all the world as if he was chatting to you in a bar. It’s a combination that seems likely to make Ardal O’Hanlon one of the most popular live stand ups in the country” THE EVENING NEWS

Ardal O'Hanlon hasn't been mentioned in our news coverage

Below is a sample playlists for Ardal O'Hanlon taken from spotify.

Do you promote/manage Ardal O'Hanlon? Login to our free Promotion Centre to update these details.