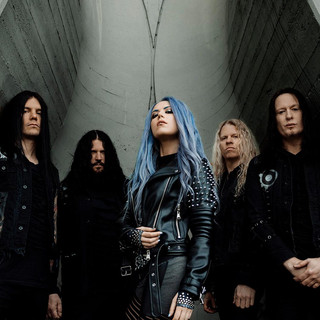 Arch Enemy is a Swedish melodic death metal band from Halmstad, Sweden, formed in 1996. Founded by Carcass guitarist Michael Amott along with Johan Liiva, both originally from the influential death metal band Carnage. The band has released seven studio albums, a live album (Burning Japan Live 1999), two DVDs and three EPs. The band was originally fronted by Johan Liiva, who was replaced by Angela Gossow as lead vocalist in 2000

Arch Enemy has been mentioned in our news coverage

THE Mirimar Disaster - on Tour

Below is a sample playlists for Arch Enemy taken from spotify.

Do you promote/manage Arch Enemy? Login to our free Promotion Centre to update these details.