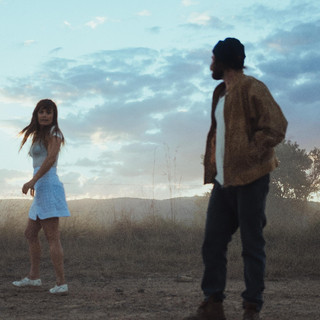 Angus & Julia Stone are an Australian acoustic folk-pop duo consisting of siblings Julia Stone and Angus Stone from Newport, Australia. Their decision to collaborate was taken at the beginning of 2006. Prior to that, both had performed as solo artists at open mic nights but utilised the other as a backing partner. Ultimately they came up with the same idea, â€œWhy donâ€™t we play together? It kind of made a lot of senseâ€. In terms of composing the material, they write on their own, then work together on structure and harmonies. Released in March 2010, their album â€œDown The Wayâ€ debuted at #1 on Australiaâ€™s ARIA Charts enjoying a remarkable 12 months inside the ARIA Top 20 albums chart. It went on to pick up Album Of The Year at the 2010 ARIA Awards and includes the platinum selling Single Of The Year â€˜Big Jet Planeâ€™; which was most notably voted No.1 on the 2011 annual Triple j Hottest 100. The album has hit triple platinum (210,000+) sales in the Stonesâ€™ home country, the only Australian artist album to reach this milestone on the current ARIA Top 50 albums chart. European audiences have also fallen head over heels in love with â€œDown The Wayâ€. Reaching platinum (100,000+) album status in France, supported by a hugely successful film sync with â€˜Big Jet Planeâ€™ for the movie, Les Ã‰motifs Anonymes. Extended sold out tours are not limited to native Australia with the 2011 French tour including 5 â€˜Le Trianonâ€™ Paris shows selling out 2 months before the tour commenced. The UK, Germany, Austria, Spain & Portugal are all just a taste of the frequent European tour destinations with sell out shows. In the US, their dramatic and lush soundscapes have found homes on prime time dramas; Greyâ€™s Anatomy and Private Practice and key slots at iconic US festivals Austin City Limits, Bonnaroo and Coachella. Travelling has been an integral part of the Stoneâ€™s musical story, so itâ€™s not surprising they opted to record â€œDown The Wayâ€ in a number of diverse locations around the globe; an old sawmill on the river banks of Fowey in Cornwall, a studio in Brooklyn, a water tank in Coolangatta, London - and Queens in New York. â€œDown The Wayâ€ marked their debut as producers, taking full control of their sound without losing the spirit of what made the first record â€˜A Book Like Thisâ€™ so special. There has been a subtle shift of gear, represented by a growing confidence in their abilities as artists and the music follows suit as it flows easily through sparse and rich textured arrangements without losing any of its etherealness and charm. With an incredible response to â€œDown The Wayâ€ from all corners of the globe, Angus and Julia Stone will take some well-deserved time off and prepare for their next step along a remarkable musical journey. â€œSimple yet inspired tunes, a heart-felt soundtrack to their folk adventures and lessons learnt along the wayâ€ Rolling Stone Australia *** â€œAussie siblings continue to enchantâ€™. â€˜Sweet and savoury blend to warm the soul.. innocently Joyousâ€ MOJO UK **** â€The pair melt in to one another to create a spectral and lush backdropâ€ Clash Magazine UK â€œIf A Book Like This compounded their future, consider Down The Way the fulfilling realization of allâ€ FILTER USA Website: www.angusandjuliastone.com www.myspace.com/angusandjuliastone www.youtube.com/angusandjuliastone User-contributed text is available under the Creative Commons By-SA License and may also be available under the GNU FDL.

Angus & Julia Stone has been mentioned in our news coverage

Stereo MCs get connected in London

Below is a sample playlists for Angus & Julia Stone taken from spotify.

Do you promote/manage Angus & Julia Stone? Login to our free Promotion Centre to update these details.