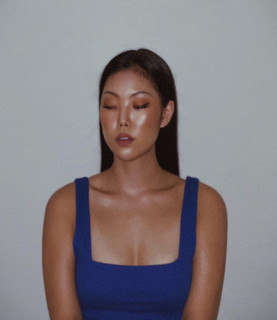 Relief / Criminal Hype / Under No Illusion

ALISHA is an underground house music producer, DJ and name that is firmly keeping her proud home city of Peterborough's name on the map in the scene of house music, as she regularly steals the show in some of the industries most respected hot spots and their respective parties.

In a scene that has become so competitive and saturated it goes without saying it is difficult for anyone to showcase their talents regularly - but Alisha's unique style, high energy and technical ability that she injects into every one of her sets, ensures she secures her name on mammoth line ups and turns the heads of so many promoters, party goers and nowadays even the most established selectors and creators.

With emphasis being placed on a solid introduction during her sets and a precise track selection that consists of a signature rolling style, grooving basslines and looped vocals thrown in for good measure to keep her audience captivated from start to finish - it's no wonder she is going from strength to strength.

So far on her journey she has lined up alongside the most recognisable and major players, supporting the likes of SKREAM at Junk down in Southampton to Mint Warehouse in Leeds, Steve Lawler & Nic Fancuilli during the ANTS takeover at Source Bar where she appears frequently. The list continues with names like Paradise resident Richy Ahmed, Heidi and most notably an incredible impromptu back-to-back with Relief records label head and scene legend Green Velvet last year. Many up and coming artists would be intimidated to be taking the reigns from such iconic figures, but Alisha's confidence never wavers as she takes the opportunities and consistently continues to impress everywhere she lays it down.

ALISHA has been mentioned in our news coverage

Here are the latest ALISHA mixes uploaded to Soundcloud.

Do you promote/manage ALISHA? Login to our free Promotion Centre to update these details.