FuturFestival was born in December 2009 to celebrate the centenary of the Futurism, gathering more than 7000 people from all over Italy.

For the most up-to-date information about this event, please go here: Kappa FuturFestival Guide 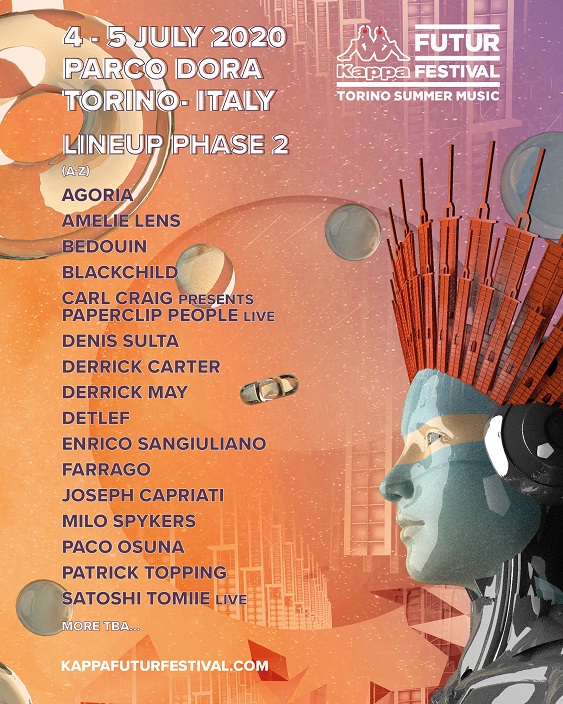 FuturFestival was born in December 2009 to celebrate the centenary of the Futurism, gathering more than 7.ooo people from all over Italy at Oval Lingotto, thus resulting “Italy's most beloved New Year’s Eve party”.

On December 7th, 2010 FuturFestival presented Bloody Betroots’ only Italian gig, with a special appearance by Tommy Lee at the drums.

On June 30th, 2012 FuturFestivalevolved into the first Italian 100% daytime summer festival, under the name of Kappa FuturFestival, taking its name from the well known sport brand, whose president had suggested Parco Dora as the perfect location.

In 2013 KFF consolidated itself as Italy's most beloved clever entertainment format, urban, 100% day time and with '0' impact on the public finance, and entered the Top 5 European Summer Festivals.

In 2015 KFF was the first format in the industry in Italy to introduce the cashless technology to purchase all goods and services at the Festival through a loyalty card.

In January 2016 it was mentioned by The New York Times as an unmissable event of that year.

In 2016 and 2017, together with Movement Torino Music Festival, it received the European Commission Patronage, the first for this kind of events in Italy.

This event is part of our Festivals 2020 guide

Who's on the line-up?

No advance tickets are available to purchase for this event. If you are the promoter for this event, get in touch with Skiddle if you would like to sell tickets direct through Skiddle.
Report Problem

Need a place to stay? Compare every available hotel deal and Airbnb near Parco Dora, so book today to secure the best price!.