To celebrate the building of a memorial to Nelson Mandela in Liverpool, Africa Oyé bring BCUC to the city for a special one-off performance.

This event occurred in October 2018. If you're looking for a upcoming event, try the links below:

'Celebrating the building of the Nelson Mandela memorial in Princes Park'

'BCUC will come correct with their energetic, unique and magic formula; the voices of their ancestors, mixed with funk, punk-rock vibrations, hip-hop, Fela-inflections and much more in between......without a doubt the best live act I saw this year”
Gilles Peterson, BBC Radio 6 Music/Worldwide FM

To celebrate the building of a new memorial to Nelson Mandela in Liverpool's Princes Park, Africa Oyé will bring South African stars BCUC to the city for a special one-off performance this October.

The show is co-presented by the memorial campaign group, Mandela8, which was established in 2013, after Nelson Mandela’s passing, to establish a permanent memorial and educational programme as a fitting legacy. The memorial will be installed in Princes Park and officially opened in 2019 by Nelson Mandela’s eldest Daughter Dr Makaziwe “Maki” Mandela.

The city of Liverpool has strong connections to Nelson Mandela, being active in supporting anti-apartheid since the 1960’s and supporting the Free Nelson Mandela campaign and giving Mandela the Freedom of the City in 1994. 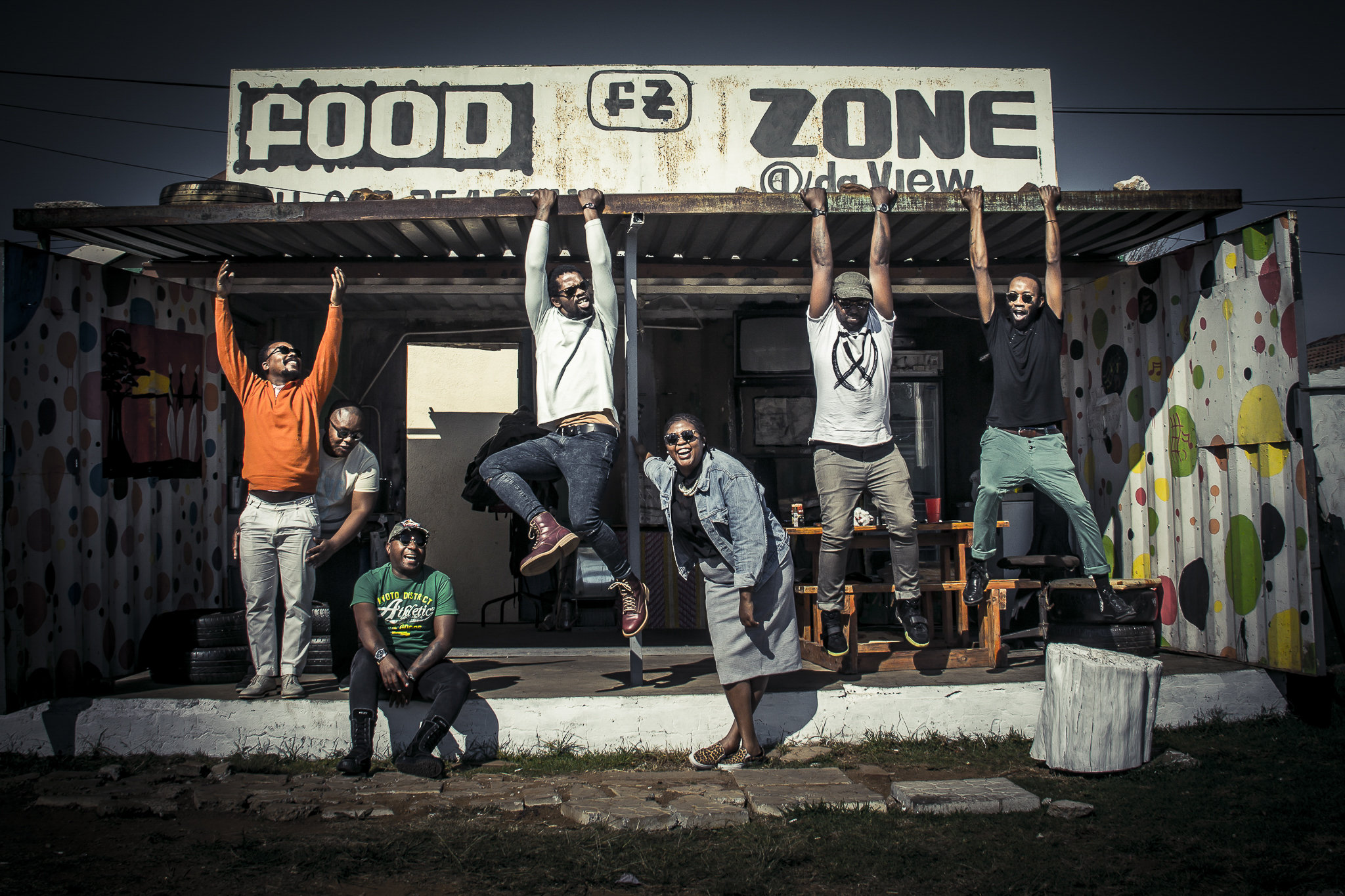 Organisers are delighted to be bringing BCUC all the way from Soweto in South Africa for this night of celebration. Africa Oyé's Artistic Director, Paul Duhaney said:

'There's a lot of great music coming out of South Africa right now and we couldn't be happier to be showcasing the talents and the message of BCUC to Liverpool. Their lyrics chime with our own mission to show an Africa not seen enough in the media; as they say themselves, the Africa portrayed by BCUC is not poor, but rich in tradition, rituals and beliefs.'

The seven-piece band's indigenous funk and high-energy performances have fast made them one of South Africa's most successful musical exports. Artistic heirs to Philip “Malombo” Tabane and Batsumi, they seek to give a contemporary voice to the ancestral traditions of indigenous peoples. Jazz sounds of 1970s and ‘80s productions have been replaced by hip-hop influences and a punk-rock energy.

The band’s music derives from a blend of genres across the ages and they draw inspiration from indigenous music that is not exposed in the mainstream. 'Our music refuses to be formatted and that’s the essence of “Africangungungu”, the name we’ve given to our “afropsychedelic” music' says vocalist Kgomotso Mokone.'We bring fun and emo-indigenous Afro psychedelic fire from the hood.” 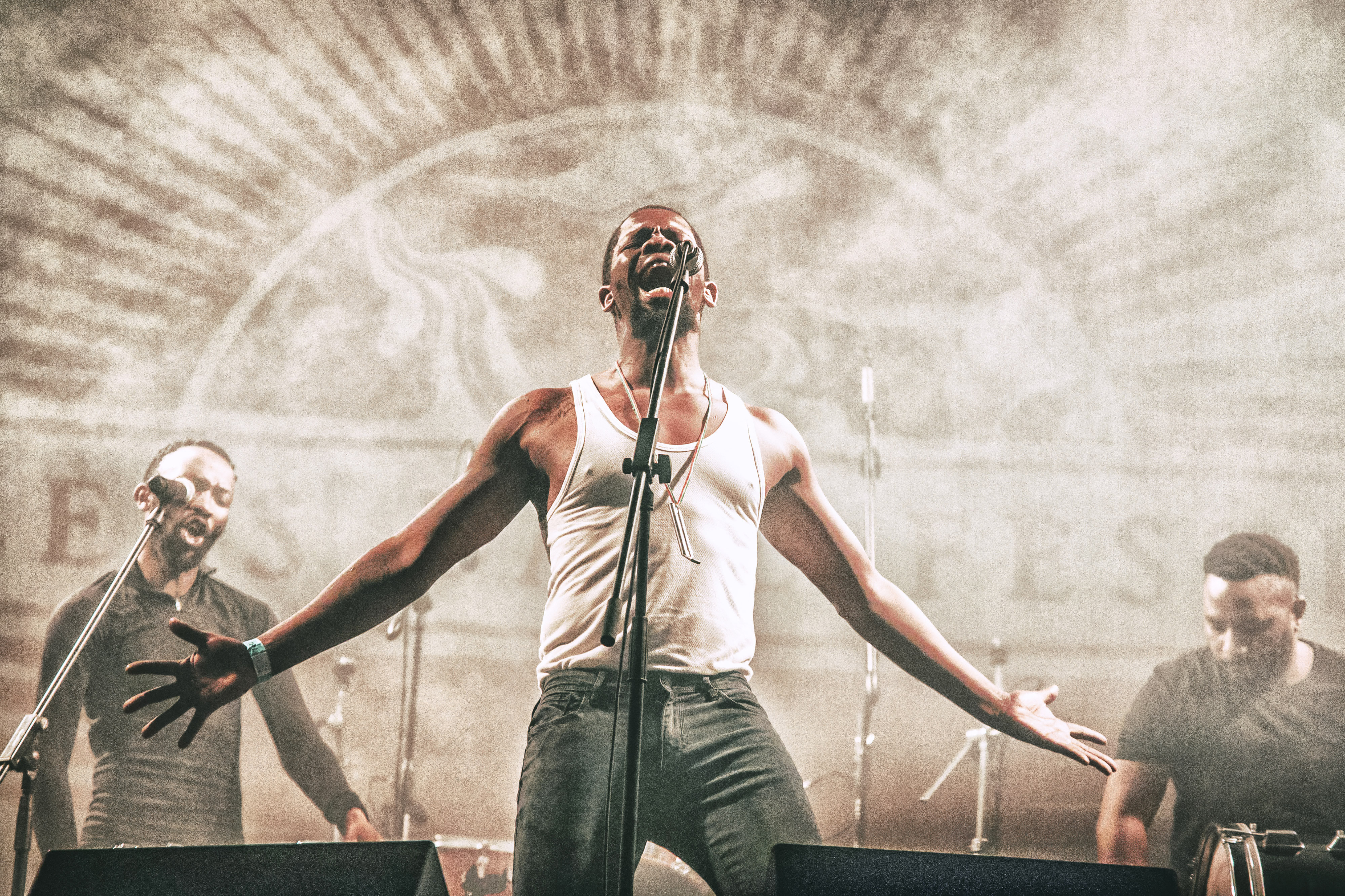 The Princes Park installation of which the show will be celebrating, will reflect many aspects of Mandela’s life; his love of gardens and horticulture, his teaching, and his passion for equality and humanity. The installation will provide a space for learning, events and reflection, with plans in place to integrate Mandela’s words into the artwork.

The city council will also be restoring the surrounding lake in Princes Park, reinstating the water channel, fixing edging stones, putting in fishing platforms and pushing forward with ecological improvements.

Earlier this year, representatives from Mandela8 and Liverpool City Council visited South Africa to share the designs for the memorial with the Mandela family and were delighted to return to Liverpool not only with the blessing of Dr Maki Mandela, for the designs, but also with the beautiful gift of the limited edition ‘Struggles Collection’ prints, which have been on display in Liverpool Town Hall this summer. 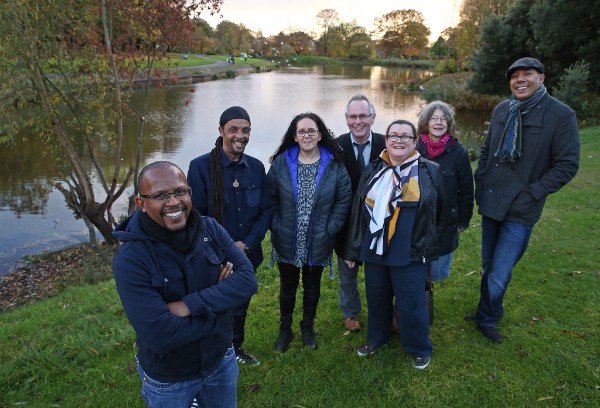 This BCUC show takes place on 23rd October in the heart of the Liverpool's burgeoning Baltic Triangle and promises to be a night to remember. Doors at District on Jordan Street open at 6:30pm - with some tasty Mandela scouse on offer - and tickets are available now