This event occurred in April 2019. If you're looking for a upcoming event, try the links below:

FAC 51 The Hacienda & Soak continue their run of events with the fourth in a series of special shows, back at Church Leeds on Easter Good Friday 19th April with its first live booking as Detroit's Inner City fly in to play their first live set in the UK since returning and their first Leeds date over twenty years.

As a group, Inner City share great of history with The Hacienda and Soak. Kevin Saunderson was a regular DJ at both clubs in the early Nineties and headlined a Soak at The Corn Exchange with Inner City live. Then when Soak crossed the Pennines for a fully sold out midweek event at the original Hacienda club, Inner City were the again the very special live guests.

Last year, Kevin Saunderson re-launched the seminal group with a concert at Detroit’s Movement Festival. As Inner City comes back to Leeds, the group are the only artist to have had tracks featured in each of Hacienda Classical’s annual soundtracks to date with “Good Life”, “Big Fun” and “Pennies from Heaven” all of which came to dominate the soundtrack of the Northern Club Scene.

With three very successful albums and nine chart hits in the UK, the group became one of the most influential and most successful groups in dance music and their legendary tracks are still remixed and re-released for new audiences today.

The band are preparing for a select run of European dates in 2019 of which the Hacienda Soak Good Friday event will form one of the first and Kevin Saunderson will also DJ at the Church party. Known to dance music aficionados as Reese, E-Dancer and as himself Kevin Saunderson, Kevin is also one of the most celebrated producers in dance music history.

A core member of Detroit's 'The Belville Three' with Derrick May and Juan Atkins, Kevin's tracks became huge worldwide hits in dance music's early days and his huge body of work including more underground tracks like 'Star Dancer' and his 'History Elevate” series.

The party is the fourth of a special series of Soak / Hacienda events at Church and again brings together the best of Manchester’s and Leeds’ DJ’s. Hacienda mainstay Graeme Park joins the line up from FAC 51. Graeme has been an ever present with Soak and The Hacienda since he first took up his FAC 51 residency back in the summer of love

Meanwhile the Leeds contingent sees Back To Basics’ Ralph Lawson join the line-up. Ralph honed his craft weekly at Basics, playing with world class DJs such as Daft Punk, Danny Tenaglia, DJ Harvey, Derrick May amongst countless others before becoming a world famous artist across the world’s best clubs and as a much admired producer with his own 2020 Recordings imprint.

Soak's original resident and mainstay Marshall completes the line up in the main hall for the fourth Hacienda & Soak event at Church. Demand for tickets for all events has been high and with the return of Inner City, this event is expected to sell out well in advance.

Church is a live music and event space in Leeds. Headed up by Tokyo Industries. Church promises to become the most exciting, flexible and creative event space in the city. A grade two listed building nestled in the vibrant nucleus of Leeds; Church is just a stone throw from the city center and has been recently renovated with a state of the art lighting and sound system. 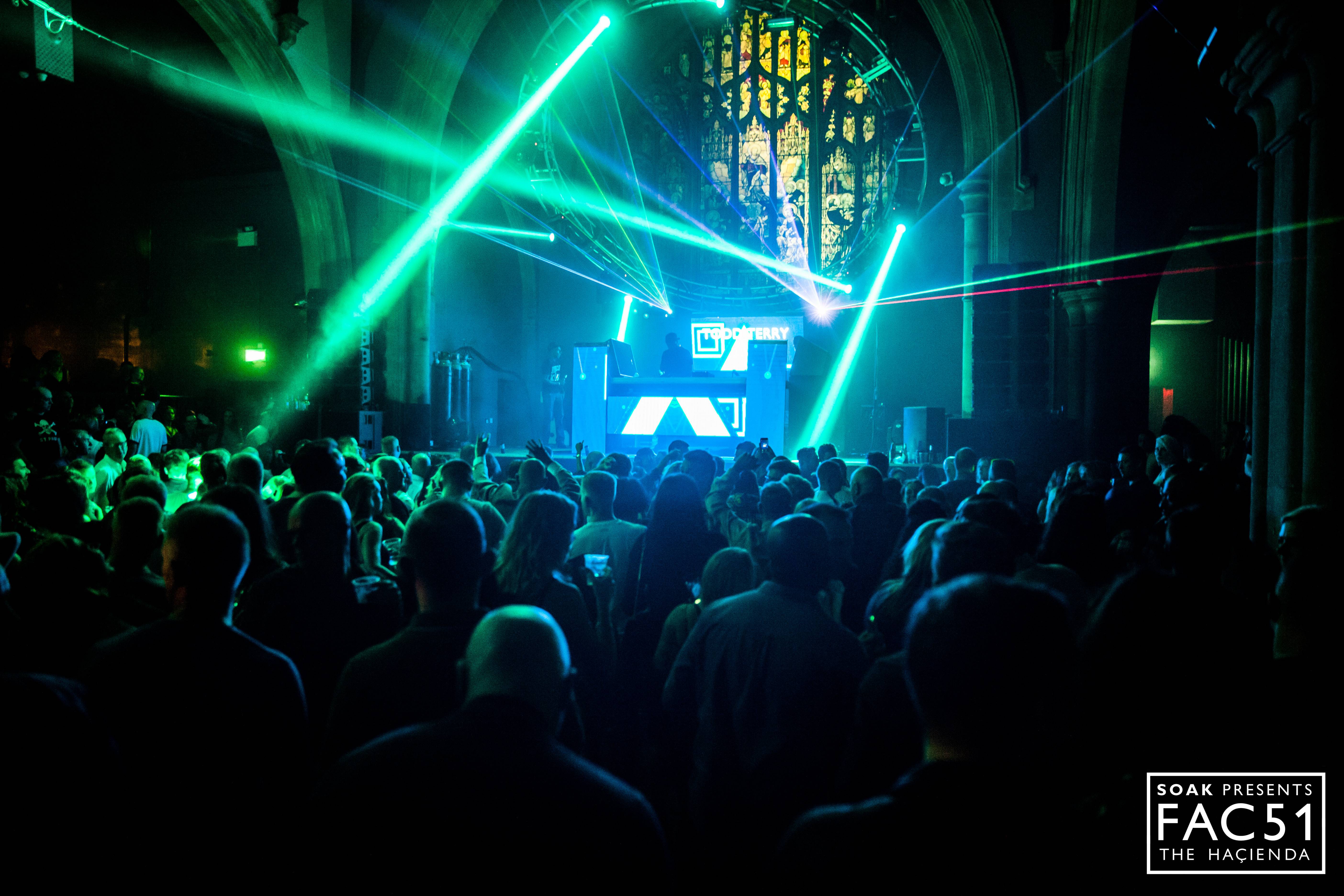 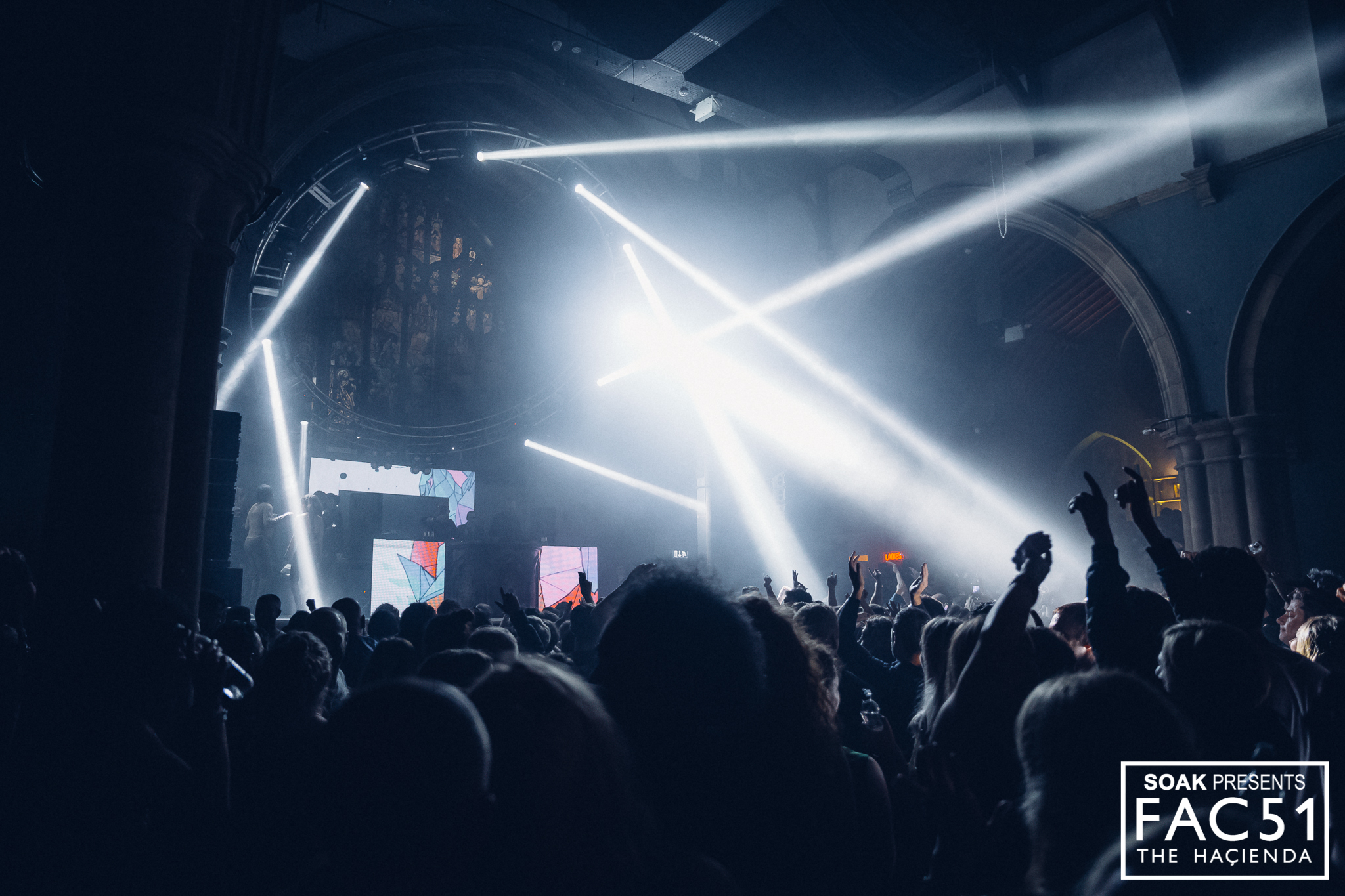