Let's cut straight to it here. New Year's Eve can be a bit crap.

All that anticipation just to stand for 70% of the night chewing the hair of the person stood in front of you at the bar, which is roughly seventeen bodies deep, with just two bartenders, both working their first shifts. Then you'll sack it off and head home in a taxi at double the fare just to sit on your arse, tuck into a dry Xmas leftover butty and watch Jools Hollands' Annual Hootenanny (which is recorded about a month before... the cheeky bastards).

But it doesn't have to be this way. There are loads of belting parties taking place up and down the UK, you just need to know which ones to aim for... which is the exact reason we've put this article together.

Here you'll find a list of the best New Year's Eve parties from across the land, from Nightvision Hogmanay up in Edinburgh to Kisstory NYE down in London - you're guaranteed to see in the new decade with a bang. 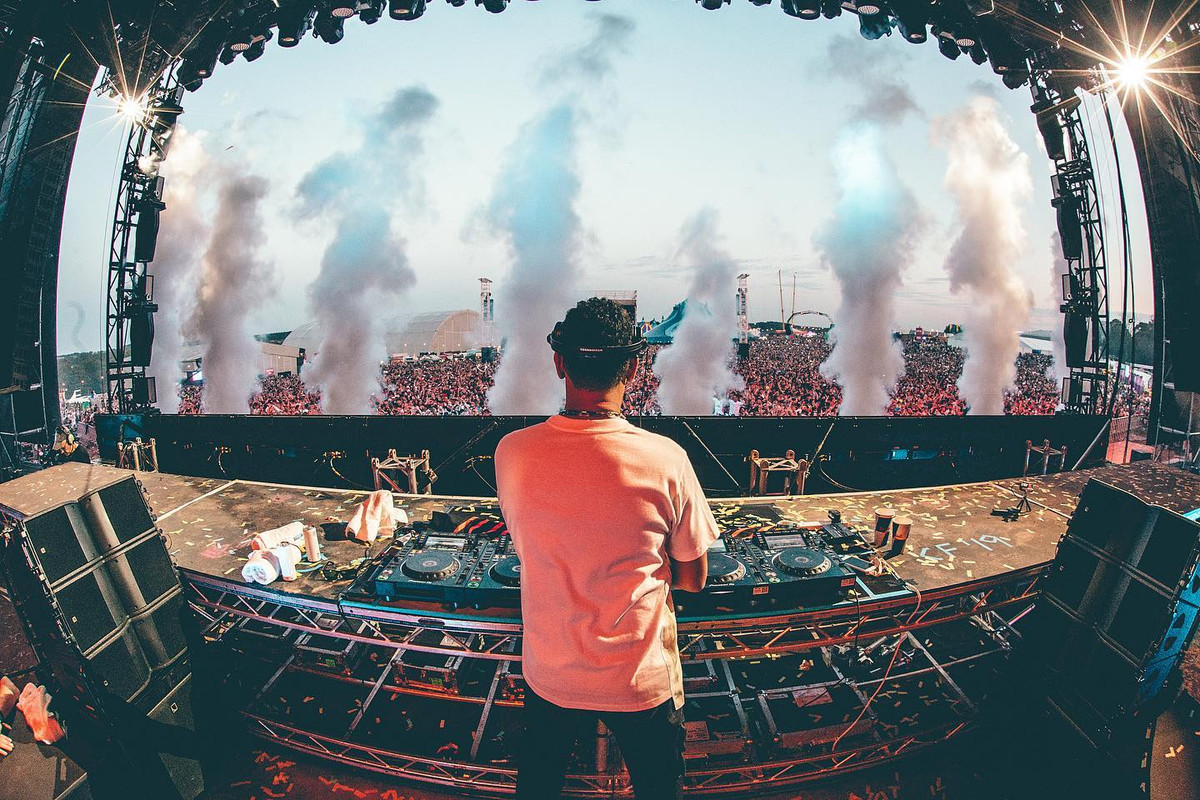 Join heavyweight Amercian DJ and producer Marc Kinchen (aka MK, pictured above) and his Area 10 crew in one of London's most iconic venues for this 9pm-5am all nighter featuring a number of soon to be revealed DJs, friends and collaborators playing across four rooms.

Not much can be said about The Hacienda - the notorious 80s/90s Manchester nightclub - which hasn't already been said a thousand times. What we can say though is that this is sure to be an unbelievable party... because a Hacienda party always is. Here a number of residents who helped shape the club's legacy will take to the decks - including Graeme Park, Greg Wilson and Tom Wainwright - in a newly reworked 850 capacity warehouse space just across the road from the original club.

Nightvision are bringing their biggest Hogmanay event ever to the all four rooms of the redeveloped Liquid Room complex with a huge line-up featuring man of the year Patrick Topping, Alan Fitzpatrick, Ronnie Spiteri and rising talent Elliot Adamson.

Following a sell out show last year, Weird Science - organisers of some of the city's biggest and best events - return with Weird & Wonderful NYE and a huge headliner, Chase & Status (DJ set) featuring MC Rage, as well as A.M.C., Royal T, Bushbaby and loads more (full line-up via this link)

Liverpool's Baltic Triangle is a hotspot for all latest contemporary goings on in music, arts, cuisine and more. On NYE, the immense space will serve up live bands, local disco DJs, special cocktails and some tasty grub street food traders at what will be one hell of a shindig. 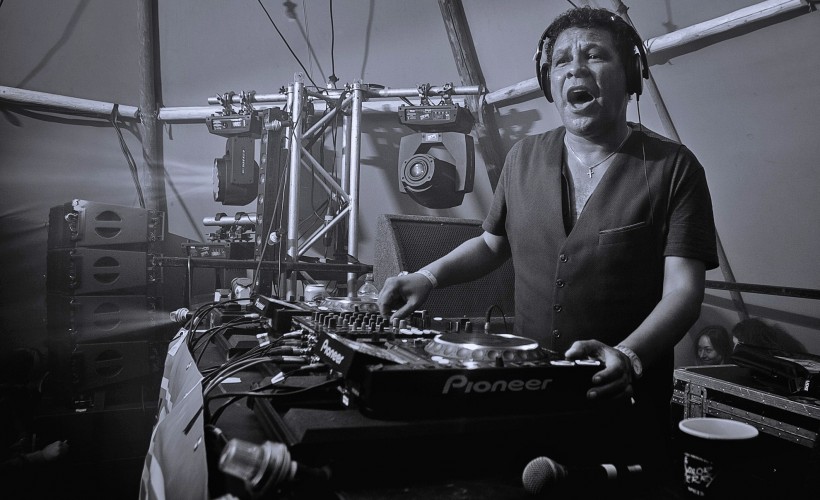 The don of funk and soul Craig Charles (pictured above) is set to see in 2020 in his own inimitable style with a Sheffield New Year's Eve party that will see the selector exhibit some of the grooviest cuts going. He will be joined on the night by the legendary acid jazz and funk quartet The Brand New Heavies. Also joining the bill is the amazing Hyde Park Brass, who have established themselves by exploring their brass roots with elements of EDM.

The current WHP season is drawing to a close after a massive run of events in their new home at Depot Mayfield (pictured below), and it comes as no surprise that Manchester's monolithic raving event is pulling out all the stops for their NYE party. On the line up are Annie Mac, Groove Armada (Dj), Rudimental (Dj), Hannah Wants, Krystal Klear, Artwork, Shadow Child, Mele, Waze & Odyssey, Prospa, O’flynn and plenty more. We told you it was massive.

A huge night of big bass is bound for Birmingham come NYE, with Amusement 13 leaving 02:31 x Bass Collective x Vibe in charge of proceedings on the biggest night of the year. For the first time ever at Amusement 13 Redlight will make his NYE debut, plus there will be an exclusive back to back set from Sammy Virji and Conducta. 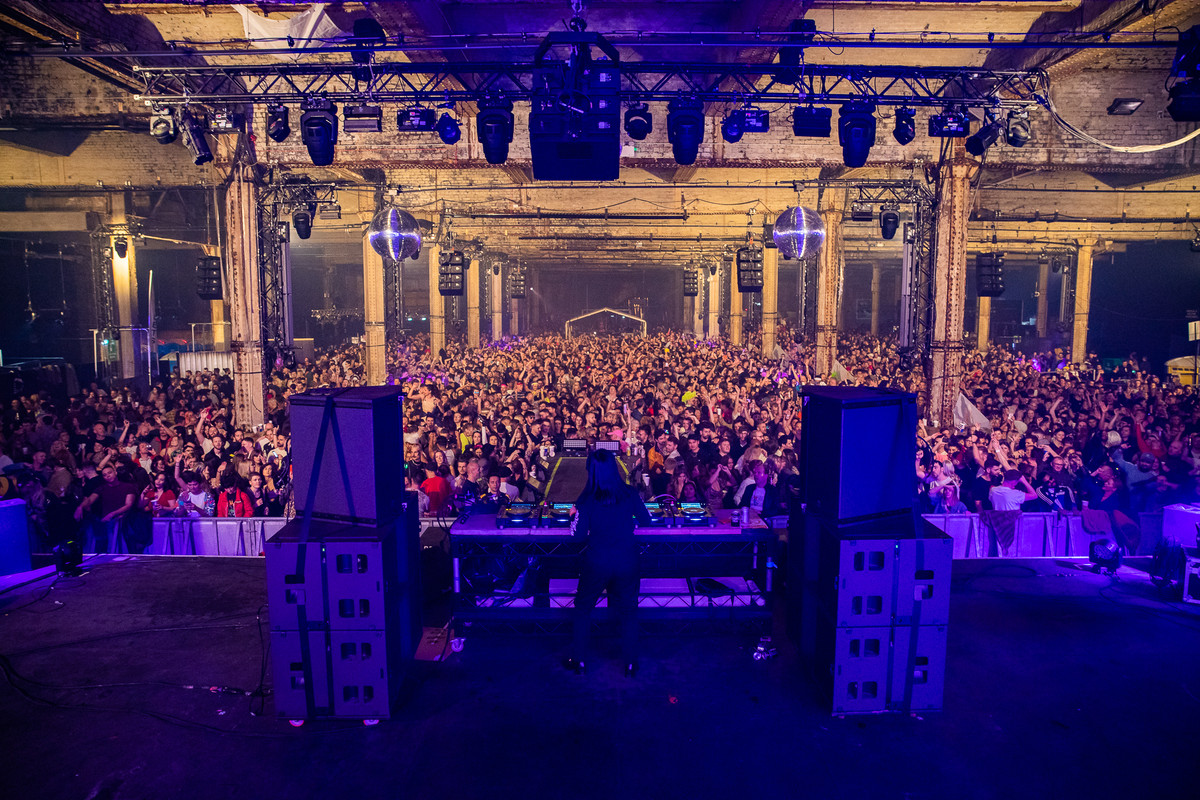 The former lead singer of The View and solo star in his own right, Kyle Falconer, is set to headline in his native Dundee as the Scottish city hosts its first hogmanay street party in 25 years. He'll be joined on the night by Eddi Reader, Sinderins and Gleadhriach on what will be a top class NYE celebration with great live music.

Liverpool venue Constellations is all set to shut the doors on its Greenland Street Location in 2020, so the venue's last ever New Year's Eve party is set to be a massive one. Organisers have enlisted Crazy P to sign off the last five years of partying as Constellations prepares for pastures new. The Disco groovers are the ideal party starters, with the Crazy P sound-system a firm favourite for a heap of house, disco and funk classics.

The Magna Science Centre will once again play host to this bass heavy NYE rave of serious proportions, with over 50 acts coming to five arenas, plus fairground rides and plenty more fun in store for the Rotherham NYE event. The Bassfest NYE 2019 line up features a whole host of big bass dons ready to bring the noise to Yorkshire, including A.M.C, Bassboy, Darkzy, Evil B, Hybrid Minds - Jamie Duggan - Logan D, Problem Central, S.P.Y and plenty more.

This iconic clubbing institution never fails to deliver the goods on New Year's Eve, and this one is set to be no different with Hannah Wants, Danny Howard, Jess Bays, Plastician, and more all on hand to deliver the goods. The last time Hannah Wants took to the decks in The Box there was a complete roadblock, so be sure to get your tickets early for this one.

Big bass collective One Nation roll into Bournemouth on NYE bringing with it Problem Central (Logan D, Majistrate, Eksman, Evil B), Hazard, DJ Hype and loads more to the South Coast. With two rooms bursting with big bass bangers, there are few other places you'd want to be in Bournemouth for NYE than this weighty event.

A huge night of house and techno awaits the Staffordshire city, with veteran clubbing brand The Move bringing a yet unnamed line up to District 3 for a Stokey New Year's Eve celebration. Watch this space for the big name bill.

Expect hip hop, RnB and garage classics as the Indigo O2 hosts Kisstory's famed NYE bonanza with a Live PA in the form of Funky Dee, plus a DJ roster that includes Pied Piper & MC DT, Justin Wilkes, DJ Swerve, Sam Supplier, and Andrea Zara. If it's classics you're after this NYE then you've come to the right place.

Funkademia at The Refuge / The Principal, Manchester

Manchester clubbing institution Funkademia will deliver a plethora of funk, soul and disco classics at their house party in The Public Bar at The Refuge this NYE. In the basement you will find a non-stop, exotic discotheque with a genre-jumping soundtrack courtesy of some specially selected Refuge residents & regulars so you can groove your way into the new decade.

Looking for something else? Skiddle has the UK's largest NYE guide with over 1200 events up and down the country - click here to take a look