» News and Features » SUUNS Interview: "Montreal's like a hospital - only the strong germs survive"

SUUNS Interview: "Montreal's like a hospital - only the strong germs survive"

Electro punk quartet SUUNS talk about Montreal's anglophone music scene, the benefits of a short set, and Take That.

Jasmine Phull takes a look into the inner psyche of SUUNS; a band that once listened to Korn but now prefer the styles of the Traveling Wilburys.

‘Survival of the fittest’ is a phrase commonly attributed to one Charles Darwin, and more recently Herbert Spencer; it’s all about the fittest organisms prevailing over the rest.

And when we say ‘fittest’, we are not in fact referring to aesthetical appeal. It’s all about being the most adaptable and dominant. Being from Montreal, a place that drummer Liam O’Neil refers to as a ‘hospital’, electro punk quartet Suuns know all about being ‘the fittest’. Though this Quebec province is comprised of primarily French speaking natives there is a small Anglophone community that exists snuggly beside it. And out of this pseudo-minority comes strong ‘Anglophone music,’ states O’Neil. It's like a hospital - only the strong germs survive’.

However you look at it SUUNS have managed to catapult themselves out of a French dominated world into something a little more fitting. Yes, every track on their debut Zeroes QC is in English but their not averse to giving the Frenchies credit where credit’s due. Check out their NSFW video of ‘PIE IX’ and bear witness to the eerily, sexual inspired style of Gaspar Noé.

You’re a quartet from Montreal. Does the city have a big impact on the sound of SUUNS? What’s one influence Montreal has had on the band?

LO: It's hard to tell if the city impacts our music. I suppose it does, insofar as any place we'd live would influence anything we'd do. One interesting thing about Montreal that I think about a lot is the French/English thing. It's a very unique city that way. There aren't many cities in North America that have two distinct communities like that. The Anglophone community is very small, and that gives it a certain tightness, something my cousin calls a "Sesame Street vibe", which applies especially to Montreal's community of Anglophone musicians and artists. It's a condensed talent pool, rife with friendly competition and inter-project/inter-genre collaboration. It's born out of a compartmentalisation (the language thing) which I suppose could be seen as a negative thing, but I think that's one of the reasons why the Anglophone music coming out of Montreal is so strong. It's like a hospital - only the strong germs survive.

Explain the idea behind the video ‘PIE IX’.

BS: The initial idea came after admiring the work of director Gaspar Noé. I love that strobe-y, freaky-but-in-a-way-calming visual style he has. It’s also very creepy stuff. There is also a steep sexual curve to his work, which I love. I proposed an idea like this using strobes to our friend Frédérique Bérubé who is primarily a photographer in Montreal, and she ran with it. I thought Pie IX would be an appropriate song because it’s pretty dark and has a sensuality to it that would suit this kind of vibe. It came out very cool and classy, and we are all very happy with it.

Take yourself back 10 years ago. Is the music you create in SUUNS the type of music you were into back then?

LO: Ten years ago I was fifteen years old. I was probably into Korn and stuff like that. I wouldn't say that the music we make is representative of what we were each listening to ten years ago, though I guess there's something to be said for those early influences nesting in your brain and resurfacing years later. For example, listening to Smashing Pumpkins when I was a kid influenced my drumming aesthetic in a permanent and inescapable way. That stuff just imprints itself deep in your brain when you're a kid, whether you want it to or not. Maybe I'll lie down on a chaise lounge and get some guy to analyze my earliest musical impressions and then I can get back to you on this one.

Your Myspace says you’ve been a band since 2007. Has your sound changed a lot since then? What type of band were you in 2007?

LO: Oh ya. We had no idea what kind of band we were in 2007. I remember I invited some girl I was into to our first show, and I told her that "we're called Zeroes, and we have no idea what we are doing". I guess we were a little more of a straight up "indie rock" band then, but hell, what did I know? I was just hitting the drums like a goddamn caveman. It has slowly and naturally taken shape since then, and I think we're still finding out what kind of band we are.

What was the first album you bought?

LO: Oh. Probably Take That, which I saw an ad for on television when I was a kid. Either that or The Rembrandts, who were the band who did the theme song from "Friends". I wish I could say that my first album was something badass like London Calling, but nope.

The last track you downloaded?

LO: Well, not a track, but I downloaded all the Traveling Wilburys’ stuff this weekend. Fuck that is some good shit.

Can you come up with a metaphor that describes how you picture your music makes a listener feel?

LO: No, but if you are stoned and on a bicycle at night, riding very fast and with purpose, I'd imagine that "Sweet Nothing" would make some damn good headphone fare.

LO: We used to be called Zeroes, but we changed our name. Suuns means "Zeroes" in Lao.

You’ve got impending tour slots with Crystal Castles. Explain how that came about?

LO: Well. We're an amazing band, and I'd imagine there was some emailing involved too. More remarkable, though, is the handwritten note that Ben (our singer) sent to the Black Angels after we had our minds blown by them in Brooklyn a few months ago. I like to think that that personal touch persuaded them to give a slot opening for them.

Coming onto this Euro tour have you had much live experience?

LO: Yeah. We cut our teeth as a live band for three years before we hit the studio, and we still think of ourselves as a live band first and foremost. It's quite a bit different from the record, but hopefully, it'll enhance your appreciation of the music.

Some bands say they prefer supporting slots to headlining slots. Less pressure maybe? What would your preference be and why?

LO: Less pressure, and there's just something cool about playing a short set. I've seen about five hundred shows that I thought were too long, but I rarely see one that I think is too short. Our live set is especially effective when it's short. We played at a loft a few weeks ago, and after four bands that played long, sometimes ambling sets, we got up and played a really loud, really intense set that was maybe four songs long, and the kids loved it. I think it's refreshing to see that.

What should the crowd expect from your gigs?

LO: Loud, intense, short, not much talking between songs.

BS: Captain Beefheart. Sounds like he was one crazy motherfucker, probably would be the worst guy to have to work with. But what a vibe.

Catch SUUNS at The Deaf Institute on Tuesday 22nd February. Tickets are available below.

Here are the next 4 upcoming events At The Deaf Institute, Manchester 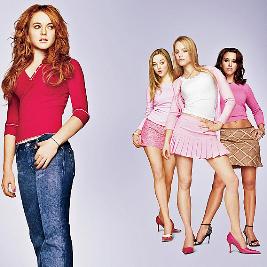 You Go Glen Coco! After another sold out event the UK's ultimate 2000s Pop night is coming back to M... 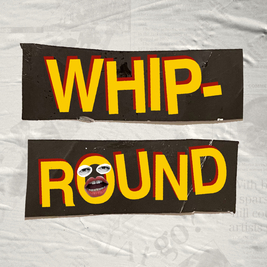 Whip-Round returns to The Deaf Institute. Every Thursday, Two Floors of music Post-Punk/New Wave & I... 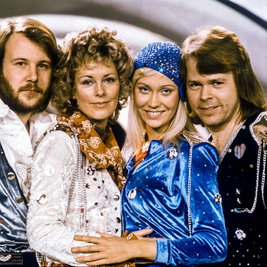 Get your disco shoes ready and join us for a night packed with 70s nostalgia!? 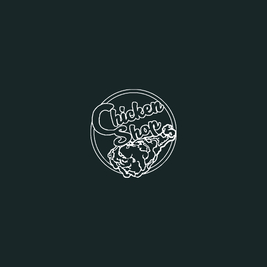 We are hosting our biggest event yet with 2 rooms playing the best in Jungle, Drum and Bass, Garage ...