The singer has recently released new single 'Blame it on the Summertime' and will headline Manchester's Neighbourhood Festival on Saturday 12th October.

The Wirral riddler Miles Kane has described his forthcoming new album as a "samba-y Motown thing" in a recent interview on 'Red Stripe Presents: This Feeling TV'.

The singer and other half of Last Shadow Puppets alongside Alex Turner, recently released indie pop banger ‘Blame It On The Summertime’ and has said the new record will follow in the "glam vein" of 2018 record Coup De Grace.

He also revealed though that his forthcoming album has also been influenced by Brazilian Samba music and Motown's R&B/soul artists.

Miles told presenter Laura Whitmore: “We’ve been writing a lot of tunes that are still in that glam vain and now we’re exploring with a bit more of a – well, lately we’re getting into that samba-y Motown thing. Combined into a new song. [Blame It On The] Summertime isn’t really like that but I guess it’s a bit Motown-y.”

Miles teased that he's aiming to put out his next record "early next year".

He said: “I think [the album will come out] next year. Plan A is early next year – so if we stick to plan A, it’s achievable. That’s what we’re working towards.”

We're already very excited for it.

Check out our Miles Kane interview from earlier in 2019, and don't forget you can catch him headlining Neighbourhood Festival, Manchester on Saturday October 12th.

Here are the next 4 upcoming events At Various Venues, Manchester 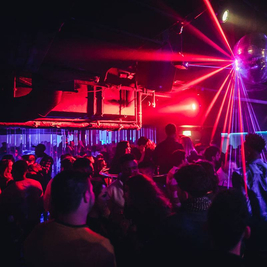 Get early access to Freshers Wristbands, Club Nights, Merch, and Tips and Tricks for this Summer! 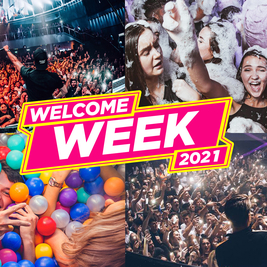