Endor, Conducta, Cloonee, Endor & Bluewave are also on the bill of this bumper two room line up!

The Tuesday Club have put together a bumper two room multi-genre line up for their annual Xmas Special!

In Room 1 it's the return of Blonde! Since they last played TTC they?ve been busy touring the globe, and collaborated with some guy called Craig David!? No biggie there then.

After smashing it back in January this year supporting Low Steppa, Endor returns to TTC with his arsenal of exclusive remixes and bootlegs.

Another, more mysterious DJ duo, Cousn, make their TTC debut this week. After teasing a number of their own productions via their Facebook and Soundcloud, we?re excited to hear what they bring to the floor at the Xmas special.

Plus, support from local favourite Cloonee, who?s been making waves himself with releases on the likes of Elrow and DJ sets across the UK!

Over in Room 2, it?s a Bluewave takeover, headlined by none other than UK Garage legend, MJ Cole! His seminal track ?Sincere? is a true garage anthem and still gets rinsed at raves and after-parties across the UK. More recently he has had releases out on Redlight?s ?Lobster Boy? and Disclosure?s ?Method White? labels and collaborated with rising star AJ Tracey on last years ?The Rumble?.

Another TTC debut from one of the hottest names on the UK garage scene right now, Conducta! The Guardian have dubbed him the ?Prince of UKG?, having remixed the likes of Jorja Smith, Shura & Ray Blk. He has already worked with the likes of AJ Tracey, Elf Kid, Shift K3y and most recently, local favourite Coco, on their new track ?Wanna Go?, featuring Big Zuu & Mina Rose.

Plus, with Andy H and the Bluewave residents on support duties, this room is going to go off!

« return to The Tuesday Club news 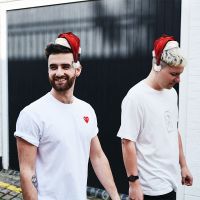 Other The Tuesday Club news