Keep track of S2S events, tickets and news - all in one place. Join this group now for updates as they happen!

The Bass Music Award 2019 nominations have now been shortlisted - Who wins? You Decide!

On April 21st 2019, the inaugural Bass Music Awards 2019, which promises to be the biggest celebration of all things bass Manchester has ever seen, takes place at the hugely atmospheric 5000 capacity o2 Victoria Warehouse.

The Bass Music Award nominations have now been shortlisted - Who wins? You Decide!

In the Best MC Category, you can choose your favourite from Bru C, Eksman, Harry Shotta, MC Skibadee & Evil B.

To vote head to www.bassmusicawards.com/vote Voting closes 10am on 21st March, so get involved to get your act to the highly coveted top spot!

The winners will be announced on Easter Bank Holiday Sunday 21st April, which will also see a huge live show to Manchester's industrial O2 Victoria Warehouse with a huge line up featuring he biggest names from the bass world who will play special sets and back to backs, with MCs on hand to amp up the energy levels.
The line-up packs a real punch from to top to bottom, with previous award winner and London artist Dimension striking his perfect balance between underground and crossover access. His tunes have caught the attention of greats like Chase & Status and he has headlined every major festival in Europe next to releasing on the likes of MTA Records. On top of that are legends Hype and Hazard whose seminal Playaz label and party has long been a bastion of the scene after a 17 year residency at Fabric, London, plus multi-genre specialist Sub Focus, who again played many huge shows at Together in Ibiza this summer and never fails to dazzle.

DJ Friction + MC Linguistics are one of d&b's dream teams having lit up stages around the world with their jump up style and unrivalled on-stage chemistry. They are a must see pairing who have very much shaped the scene over the years. Elsewhere there are the bass heavy, so called 'purple sounds' of Bristol's Joker, who was an early dubstep innovator and still major player in the bass scene, plus the fantastic four way team of Problem Central Ft aka Majistrate, Logan D, Eksman and Evil B, as well as enduring scene legend and long time hero Nicky Blackmarket

The Expanse: In Alphabetical order.

The Bunker: In Alphabetical order. 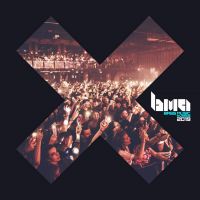