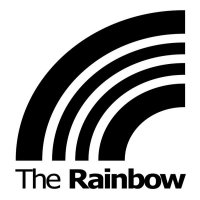 Keep track of Rainbow Venues events, tickets and news - all in one place. Join this group now for updates as they happen!

The Rainbow Venues are a series of non-commercial independently owned spaces with depth and character that demonstrate a progression of imaginative creativity and an epicenter of innovation. Encouraging and supporting home grown talent as well as attracting some of the world’s most prolific and underground artists, the Rainbow Venues has hand-picked and refurbished abandoned buildings from the decline of industry and transformed them into creative spaces to host raves, fashion shows, film shoots, cinema, burlesque fairs, car boots, charity events and even theatre. The Rainbow Venues is a true community with real people and has given birth to talented and ambitious entrepreneurs over the years.