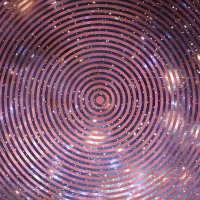 Keep track of Now Wave events, tickets and news - all in one place. Join this group now for updates as they happen!

The Salford all-day festival has revealed the first wave of acts heading to Chapel Street on May 2nd.

Salford all-dayer Sounds From the Other City has announced the first waves of acts for their 2020 edition, which is due to take place on Saturday 2nd May.

Featuring on the Sounds from the Other City bill this year are Welsh music legend and former Super Furry Animal, Gruff Rhys who will be making his Sounds debut) and Liverpool dance-pop trio Stealing Sheep, who make a triumphant return following the release of their third album, Big Wows.

The 2020 festival will again take place along the festival’s spiritual home of Chapel Street, with music, art and culture spilling from pubs, churches and community corners of Salford, with a select bunch of local promoters given the creative license to book a shed load of established and emerging talents.

Notably, this year's festival has been significantly boosted by Manchester promoters Now Wave booking acts for the University of Salford’s iconic Maxwell Hall for the very first time.

The full line-up, including more artists, after-parties and arts programming is set to be announced next month.

Find Sounds From the Other City tickets below.