This February sees The Baltic States heading to Glasgow from their base in Liverpool for a show at Broadcast.

The indie, electronica, synth pop and techno band pick out their influences from the likes of Boards of Canada, Jeff Buckley, Radiohead, Portishead, Aphex Twin, XX and The Brian Jonestown Massacre.

The band released their debut E.P. 'Boxes' in 2014 which was well received by both radio and on social media.

Two singles 'Kontrol' and 'Boxes' were named as tracks of the week by a number of radio stations and received airplay across the UK included BBC Radio 6, BBC London and BBC Merseyside.

So far the promo video for 'Kontrol' has received over 50,000 views alone on YouTube. 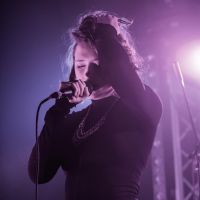