Steve Pilgrim comes to Glasgow's Hug and Pint to showcase his new album ?Morning Skies? the show promises to be as affectionate as the album.

Beginning his career with hometown band The Stands, Steve has since worked with John Power (later Cast) and was eventually invited to drum for Paul Weller in 2008. During this period of collaboration, Steve released his debut solo album ?Lover, Lover Her? an intimate acoustic album with a soulful delivery. This was shortly followed by ?Sunshine" two years on.

All Steve's different ventures in music have left him well travelled â€? extensively touring the world in Europe, America and Japan. In addition to reputable festival slots such as Glastonbury, Benicassim and Coachella, Steve has played a range of venues from coffee shops and bars to theatres and arenas.

For this stripped back and intimate acoustic album Steve enlisted the help of the legendary double bass player Danny Thompson and was blessed by support on keys from Paul Weller.

The album is enriched by the vocals of Rachael Jean Harris and the addition of a string quartet on several tracks. 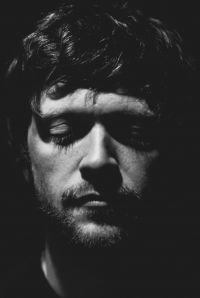