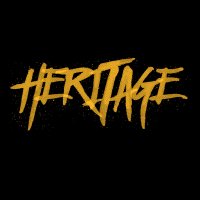 Keep track of Heritage Nights events, tickets and news - all in one place. Join this group now for updates as they happen!

How did you develop an interest in music, and what early musical influences did you have?

What a tedious question. I was in to music from a very early age and became obsessive about fashion and music and music and fashion going hand in hand. I was an avid Rock and roll lover at the age of 6 ! And wore rockabilly and 50s clothes from aged 9 ! Then went on to the whole spectrum of music and fashion tribes.

Luckily my Dad has a big record collection and my older brother started buying stuff at an early age and he had his taste. I bought my first 7 inch aged 8 - a Rock n roll inspired record called King Rocker by Generation X (headed by young hot Billy idol!)

Next singles after that were David Bowie, Stray cats, Squeeze, The Bee Gees and of course the Grease album?

What inspired you to become a DJ?

Dancing. Always loved dancing. Always first on the floor from aged 8 to now, love dancing, still do. That and me having a good collection lead me to Djing.

Wobble began with you and Si Long in 1992 in the Venue in the backstreets of Birminghams Jewellery Quarter. What inspired you to create your own club night?

Nobody would book us to DJ, so we did the punk DIY thing and did it ourselves. Every ?wannabe? DJ should promote their own night instead of expecting people to book them. Either that or work your way up from playing 5 hour bar sets on a Monday night for no pay?.!

You opened up into having two rooms. The infamous downstairs with the bouncy dancefloor, and the edgier upstairs with the decks on chains. What was the vision for each room?

There wasn?t one. Si didn?t really look at the floor when playing so he had to hand his own space otherwise half the crowd would have gone home!

Back in the days of no social media, what methods did you use to promote your nights

My club pest pilled up personality.

Being older pre-rave and pre-house I enjoyed a mix of styles and still do.

The list of guests is legendary and as eclectic as the music policy and reads like a ?who?s who? of dance music royalty. Basement Jaxx, Roger Sanchez, Josh Wink, the Dust Brothers (now the Chemical Brothers), DJ Sneak, Harvey, Eric Morillo, Norman Jay, Jon Pleased Wimmin, Jeremy Healy, the list goes on and on. Mixmag and the like interviewed you about favourite guests and infamous stories - for the benefit of new readers, can you tell me about one of your particular favourite guests and why?

My fave DJs are DJ Dick and Jon Da silva before Wobble .

Tbf it was the after club or hotel or Ibiza etc where the stories happened . After Chuff Chuff etc. I couldn?t say now as I?m a reformed character.

Any DJ?s you wished you could have brought to Wobble but didn?t?

But we had pretty much everyone I ever wanted!

I actually forget the amount of brilliant talent we booked that at the time didn?t pull big crowds. Dave Clarke was one of the best who doesn?t get talked about in our circles nowadays.

No - Mayhem . Fucking mayhem The nights were mint though, it was the rest of the 3 weeks that is scary to think of!

You were also forward-thinking in collaborating with other famous club brands of the time, including Renaissance, Hard Times and the Gardening Club. Any favourite collaboration in particular?

Your own DJ career took off outside the Wobble doors ? including Creamfields, Ibiza, and lots of UK and worldwide guest spots. Any particular favourite gigs you can tell me about?

One of my faves was at the social club on the rugby pitch in Aberystwyth . Deep and dark house music !!! And only 100 people locked in the groove.

But nowhere in the world ever bests upstairs at Wobble with good pills?and I mean nowhere!

Your DJ sets are renowned for being very eclectic too, so what influenced and inspired you in playing such a wide range of styles?

You became a well known clubland personality and worked in the industry for a time outside of DJing and promoting ? tell me about that?

What do you think of the state of clubbing in todays day and age of social media and the like, and have you a view on newer dance music?

I love dancing in the open air in the daytime so Ibiza and Croatia still the things that excite me . I?ll never say ?It ain?t like it used to be? or ?these kids today don?t know what they?re missing?. Fucking Dad statements. Let the kids do what they do and enjoy it.

Your DJ career continues to expand, with support gigs for Pete Tong?s ?Ibiza Classics? in Birmingham, Boardmasters in Cornwall and local gigs aplenty. How has your DJing style changed since the earlier days of Wobble?

I?m good at mixing constantly now?like really really good ? (Previously that might have been contested).

Finally ? where did the name ?Wobble? come from and why?

I?m not divulging that. It definitely had nothing to do with the dangerous structure of that building in Spencer/ Branston street though. 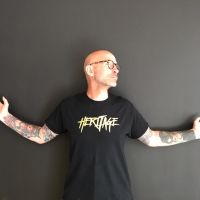