Keep track of Grey Lantern events, tickets and news - all in one place. Join this group now for updates as they happen!

A look ahead to Grey Lantern\'s upcoming shows next month, featuring Department M, Let\'s Wrestle and Lorelle Meets The Obsolete

Following a successful February and March, featuring a sold-out East India Youth show, a busy iLiKETRAiNS 10th Anniversary Show, and a packed-out Box Social down at the Klondyke Social Club in Levenshulme, Grey Lantern are looking ahead to April and three fine shows!

On April 5th, Let's Wrestle play Kraak in support of their brilliant self-titled third album, out now on Fortuna POP! The London trio are less keen for a ruck than in their youth, but have replaced their punk leanings with some of the finest songwriting you'll hear this year. Tour support comes from London scuzz-pop band Charles Howl.

On April 8th, Grey Lantern welcomes back Mexican shoegazers Lorelle Meets The Obsolete to Manchester, after they played Soup Kitchen last year following Liverpool Psych Fest. With a new album, Chambers - out now on Sonic Cathedral - winning the critics over from The 405 to Q and Drowned In Sound, Lore and Beto look set to take the UK by storm second time round. Support for this show comes from Bristol-based noise rockers Spectres and local, Pins-signed acid-punk trio MiSTOA POLTSA.

Beyond April we have headline shows from Her Name Is Calla, Shield Patterns and Douga, while we also team up with Wotgodforgot at Sounds From The Other City and return to Salford for a special event yet to be announced at the end of May... 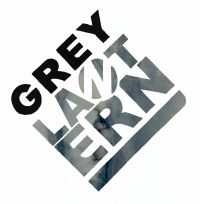