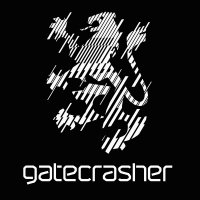 Keep track of Gatecrasher events, tickets and news - all in one place. Join this group now for updates as they happen!

From humble beginnings to a world-conquering global club brand, Gatecrasher has continued to push boundaries and dominate dance music since 1993. Its reputation as a flamboyant, individual and hedonistic brand continues to grow and the Gatecrasher name remains emblazoned in the heart and soul of clubbers throughout the world.

The Gatecrasher lion has always sat proudly at the forefront of clubland, responsible of some of the most awe-inspiring, never-to- be- forgotten events. "2000GC" Millennium Eve event at the Don Valley Stadium, road blocked events at Birmingham’s NEC Area and the sell-out Summer Sound System festival are immortalised in club-history.

If you were there when Tiesto and Timo Maas both made their UK debuts at the club, or when Paul van Dyk rocked 27,000 people at the Don Valley stadium. If you recall with moist eyes watching England beat Germany 5-1 on the huge screens at the Gatecrasher Summer Sound System, before heading off to dance until the sun rose. If you risked life and limb each Saturday, travelling across the ‘Snake’s Pass’ from Manchester or got that buzz of anticipation as you headed up the M1 and the first signs for Sheffield began to go racing past, then you know that "It Will Always Be With You".

2014 sees Gatecrasher continue in its quest to be world-renowned with the opening of its £5million flagship venue in Birmingham. Since the club opened over ½ million clubbers have flocked to the venue with DJs including Eric Morillo, Tall Paul, Fedde Le Grand and Laid Back Luke rating the club amongst the top venues in the world.