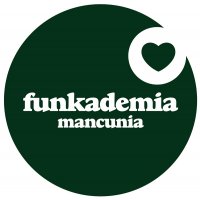 Keep track of Funkademia events, tickets and news - all in one place. Join this group now for updates as they happen!

After what has seemed like an eternity to the majority of us regular partygoers, things are finally looking to be on the up with live music venues and clubs preparing for the return of non socially distanced events. One of those very events - and an extremely popular one at that - is Manchester's Funkademia.

Returning to its familiar base of operations, the Mint Lounge, situated in the heart of the city's hip and happening Northern Quarter, Funkademia, and the team of DJs behind the favoured club night, will dust off the decks and dig out the records, ready to provide the muso's of Manchester and beyond with the soul, disco, funk, hip hop and R'n'B soundtrack they've all sorely been without.

Don the glad rags, fix up the barnet, lather on the smellies, and join the Funkademia crew on Saturday 24th July from 10 pm until 4 am, for their first party of 2021 - sure to be a sell-out event!

Grab your tickets now - whilst you still can - below...

For more club nights, raves and live gigs, head on over to our What's On page and take a look at the many events happening in the towns and cities near you