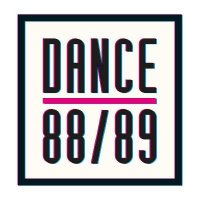 Keep track of Dance 88/89 events, tickets and news - all in one place. Join this group now for updates as they happen!

Before Dance 88/89 embarks on a summer of love in Ibiza this season, Laura Zuanella reviewed the launch in Manchester.

After Sankeys announced the Dance 88/89 concept for the Ibiza season, it only made sense to signal the launch on home soil where acid house first reared its head. Filled to the brim with the best spinners from the era, the inaugural party brought a host of Balearic and acid beats to Victoria Warehouse in Manchester as ravers got nostalgic.

As the crowd picked up and the clock struck 9pm, Chicago legend Marshall Jefferson took to the decks and bashed out a set list that was truly all killer, no filler. Massive highlights from the ridiculously influential pioneer's set were Lil Louis' sleazy classic 'French Kiss', Adonis's indulgent 'No Way Back' and Rhythim Is Rhythim's pulsating 'Strings of Life'.

After a short breather following Jefferson's bouncing tracks, we wandered into the next room for the sounds of Mr. C. The ex-Shamen frontman’s slot saw him dropping Da Posse's 'In The Heat Of The Night' to a bunch of blissed out party goers as the tempo picked up.

Spoilt for choice in each room, we finally settled for a set from 808 State. Treating the crowd to Donna Summer's hedonistic jam 'I Feel Love', the group received one of the biggest rave reception of the night. Playing tracks like Jaydee's definitive techno beat 'Plastic Dreams' and Kenny Jammin Jason's electro stomper 'Can U Dance', it was a real nod to the music that shaped the city all those years ago.

Carrying on the craziness of the night was Balearic trailblazer DJ Alfredo. The veteran's flawless set proved why he's a true master of his craft. The Ibiza luminary played an energetic collection of uplifting melody’s from the likes of Monie Love's slammin eighties gem 'Grandpa's Party' and an edit of Chaka Khan's 'I'm Every Woman'.

He finished his set with not one but two classic cuts, A Guy Called Gerald's acid house staple 'Voodoo Ray' and Inner City's old skool jam 'Big Fun', staying true to what the night's theme was all about.

Stepping up to round off the antics was Hacienda resident Graeme Park. The throwback virtuoso gave a perfect send off for the raucous party heads by playing a host of banging masterpieces from the likes of The Night Writers significant 'Let The Music' and Solutions piano house banger 'Feels So Right'.

The Manchester Dance 88/89 event was the perfect teaser of what's to come from the parties this summer; a whole lot of nostalgia, a focus on the most defining tracks from a crucial electronic era and above all - positive vibes from both the DJs and the crowds. We can't wait to hit the White Isle and start the debauchery all over again.

Check out the upcoming Dance 88/89 dates