Keep track of Amusement 13 events, tickets and news - all in one place. Join this group now for updates as they happen!

After a successful birthday Anomaly is back with another huge night this December. Jordan Suckley and Jorn Van Deynhoven are the next big names carved in the Anomaly bedpost.

After an amazing debut year, Anomaly has popped back into our lives with another storming event this December.

The guys have gone from strength to strength last year and it looks like they are just gonna keep on pushing.

December sees them welcome extrovert Jordan Suckley for a 2 hour headline that will not disappoint. "Jordan is really pushing the scene forward this year and were really excited to have him along"

Jorn Van Deynhoven will make his Anomaly debut also this event, with a 3 hour extended set hes been give liscence to do what he does best "lift you up". Jorn has had an amazing year this year also, a veteran of the scene that always seems to keep himself current, fresh and relevant.

Support in the trance arena is provided by the Anomaly residents Davey Asprey, Everlight and Martin Ford. Davey is flynig high at the moment, From the release of the anthem Fallout to being announced on ASOT850 its been a super year. Everlight too is having an amazing year, lots of tracks signed to very reputable labels and his first international gig under his belt, Everlight will closing the night with a 2 hour audio and visual mind warp. Martin Ford will be warming up the trance room the former Godskitchen resident has bags of experience and is a crowd pleaser "Everyone loves Fordy"

Hard House legend Andy Farley is welcomed back with open arms after closing an amazing night at the birthday event the fans wanted more and that's just what they have got. Another 2 hours lost to heavy stomping haha.

Nicholson is back. Yes the debut event headliner is back to show you what hes been up too all year. with his album due for release and ART looking to make a return were honoured to have the legend back, Get your stomping boots on.

Support on the night will be provided by some new faces to Anomaly also, Mickey Crilly of Premonition Digital is a DJ with bags of experience and a style all of his own, if you don't know him you soon will. Another fresh face is fresh faced HP, Some of you may have spotted this kid out and about or maybe caught one of his few sets if you were at the birthday after party you will know him. What a talent keep your eyes on him. Colin Romeo makes his return after a brilliant birthday set you asked for him you got him. Resident Amp Attack will be warming you guys up with some hard funky house.

SATURDAY 9TH DECEMBER BIRMINGHAMAnomaly Trance & Hard Dance returns this December with another stonking event.After months of planning we're back with our biggest event to date.Anomaly pres Jordan Suckley, Jorn Van Deynhoven & MoreAnomaly takes over Amusement 13 with its immense Void Acoustics sound system (HULK) and full on Anomaly production.Created by clubbers 4 clubbers Anomaly boasts a unique friendly atmosphere reminiscent of the underground trance and hard dance events we came to know and love.Over the last 18 months we have showcased some of the biggest names in the game and December is no different. 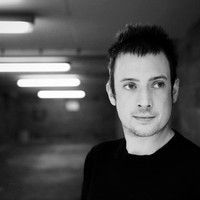