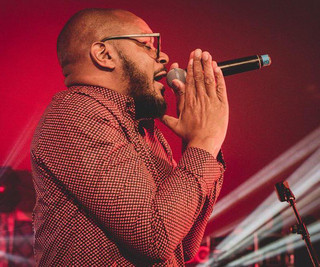 Ty is a british hip-hop artist, best known for his Mercury Music Prize nomination in 2003, with his album Upwards.

Ben Chijioke aka Ty is one of UK Black music’s true innovators and popularisers. And with his third album, “Closer,” this critically-acclaimed MC and producer is set to hit the mainstream.

With a truly memorable live show, Ty has toured all over the world, everywhere from Morocco to the USA and has established a fanbase wherever he goes. In particular, his reputation has grown in the States to such an extent that he can claim the likes of Platinum Pied Pipers amongst his admirers and all his American guests on the record (including De La Soul, Speech from Arrested Development and Bahamadia) are personal friends and associates of the Vauxhall-based musician.

TY hasn't been mentioned in our news coverage

Here are the latest TY mixes uploaded to Soundcloud.

Do you promote/manage TY? Login to our free Promotion Centre to update these details.