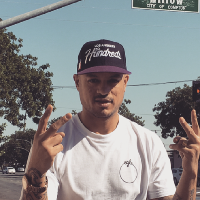 People love Strategy. Raised on the Costa Del Salford and honing his craft in some of Manchesterâ€™s most notorious nightclubs, STraTS has made contributions right across the board when it comes to UK music. From his part in Brokeâ€™Nâ€™Â£nglish alongside fellow northerners DRS and Konny Kon who shared stage and studio time with names such as the Wu-Tang Clan, Mobb Deep, Roots Manuva, Snoop Dogg and many more, to his work in the UK bass music scene collaborating with and hosting for artists Dub Phizix, Mala, Zed Bias and Calibre to name but a fewâ€?everybody knows Strategy.

Known for his adaptability, Strategy has done it all, from being rap battle finalist at Earls Court London at the Jay Z concert, to performing with Digital Mystikz at Northern Bass Festival in New Zealand. His ability to rhyme on the spot is on a par with any freestyler on the globe; long recognised as one of the finest spitters the UK has ever produced.

Strategy
(Broke'n'Â£nglish) hasn't been mentioned in our news coverage

Here are the latest Strategy
(Broke'n'Â£nglish) mixes uploaded to Soundcloud.

Do you promote/manage Strategy (Broke'n'Â£nglish)? Login to our free Promotion Centre to update these details.