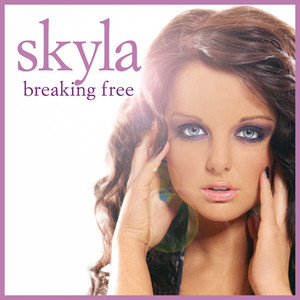 Skyla is the stage name of teenage dance singer Lucy Batty from Knutsford, Cheshire Her first appearance in the music world was as vocalist on the Beatplayers track Summer Love and she was also featured in the video. She also recorded her own version of High School Musical's Breaking Free along with a video.

She was signed by AATW/3Beat in 2008. The first album is due for a Christmas 2009 release. She's been working along side producers Scott Rosser (from Cahill), Mike Di Scala (Ultrabeat) and Nemesis.

Her debut single "Breaking Free" was released June 9th 2009,. By day 2 of the video hitting Clubland TV it reached Number 1 most voted (on Clubland TV) and 43 most voted music video across all music genres. And in just under a month its had 215,000 hits on YouTube.

Skyla hasn't been mentioned in our news coverage

Below is a sample playlists for Skyla taken from spotify.

Do you promote/manage Skyla? Login to our free Promotion Centre to update these details.